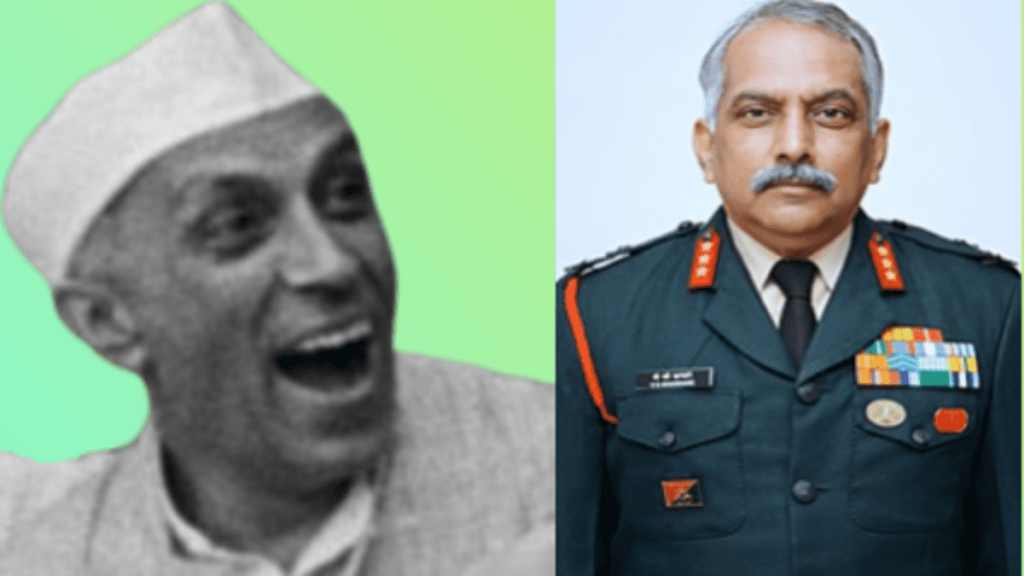 New Delhi: Principal Adviser to Defence Ministry Lt General (Retd) Vinod G Khandare said the embarrassment of 1962 at the hands of China was due to the utopian view of then Prime Minister Jawaharlal Nehru regarding global peace and his disregard for sophisticated weaponry.

“India needed sophisticated weaponry. But the ruling party (Congress party) of that time did not even want to see defence officials in the Ministry of Defence. The then Prime Minister (Nehru) had a utopian view of global peace, leading to the embarrassment of 1962. Following that humiliation, Pakistan attacked us in 1965. We were torn between taking the USA’s or Russia’s help,” he told Organiser, a RSS mouthpiece, in an interview.

Khandare made these comments while talking about imports bill of India. He was commenting on whether India is in a position to decrease its imports of weaponry and defence equipment. And, at the same time, can India increase its domestic production and exports.

Lt General Khandare said India was one of the biggest importers of defence products in the past. And surprisingly, seemed very proud of it. But, in reality it, only showcased India’s inability to design and manufacture indigenously. From 1947 onwards, India has been persistently guarding its sovereignty using conventional weapons. All this while it was in need of sophisticated weaponry, he said. “India, like Israel, has had to defend its borders since birth,” he added.

The creation of Bangladesh was a historical win, but India learnt the lesson that it cannot depend on superpowers, India was heavily dependent on the Russian lobby and defence imports were depleting its foreign reserves, he said.

“We were paying double the cost, which also happened to coincide with the brain drain of our engineers. We were talking about Atma Nirbharta all through but it is the present government that has rolled out the action plan. It is slow, but we have taken the direction,” he added.

In 2019, General Bipin Rawat released the first list of 101 products that India will manufacture, and stop importing as per different timelines, but the country today has a list of over 400 products.  “We are involving both the public and private sectors. We cannot stop imports completely, as it is not cost effective to produce every component ourselves,” he said.

India has started exporting to some extent, but it has to go a long way, and there is a need for more capital for research and development. “There is no push button solution. It needs an ecosystem,” Lt General Khandare said.

It is only now that India is undoing the long term damage done by Nehru and Congress. Right steps at right time could have prevented the 1962 embarrassment. But, all that is history.