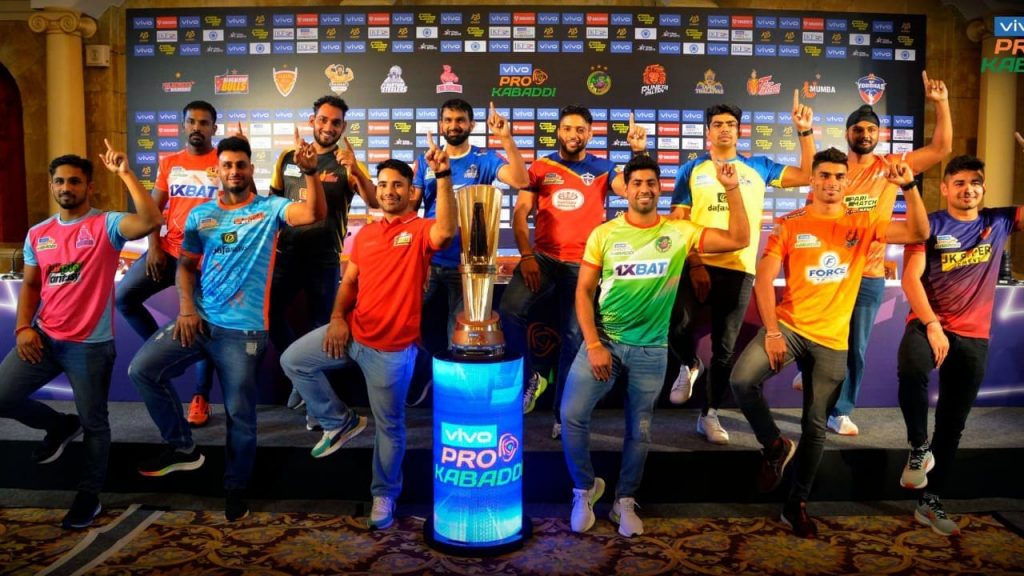 Defending Champions Dabang Delhi KC are all set to take on vivo Pro-Kabaddi League Season 2 winners U Mumba to kick off season 9 at Sree Kanteerava Indoor Stadium here on Friday.

Bengaluru, Pune and Hyderabad are the three cities, that will host this edition. Fans will be able to enjoy the games stadium after a gap of three years.

Dabang Delhi KC Captain Naveen Kumar is full of excitement. He said, “We are the Defending Champions therefore we are full of confidence. We will perform well in this season as well. I used to play for the team earlier as a player. Now I will still play for the team as a Captain. I will have to take our team forward. A person gets stronger with responsibility so I will keep my responsibilities in mind and play well this season.”

Meanwhile, the Bengaluru Bulls Captain for the first leg of the tournament spoke about the inclusion of star raider Vikash Kandola in his team. Mahender Singh said, “Vikash is a good raider and he has performed in the previous seasons of vivo Pro Kabaddi League. We have a lot of expectations from him. I hope that he plays well this season and helps us win many matches.”

Speaking about opening doors for the fans and key aspects behind the growth of PKL, Anupam Goswami, Head Sports Leagues, Mashal Sports and League Commissioner, vivo Pro Kabaddi League said, “Fans and the spectators are at the heart of any sport and we will look to set new benchmarks for in-stadia fan activities this season.”

“The main focus of the League has been the fans. There is no success in sports without succeeding with the fans. And to succeed with the fans, we have to provide high quality competition. It has been one of our key focal points. A league model which can be continually bettered has also been one of the key elements behind the success of the league,” he told reporters in a press conference in Bengaluru.

The blockbuster opening day will witness more action post the Dabang Delhi KC and U Mumba contest. Bengaluru Bulls and Telugu Titans will resume their rivalry in the southern derby in Match No. 2. The Jaipur Pink Panthers will have an edge-of-the-seat contest with UP Yoddhas in the last match of the day.