She shared her ordeal on the anonymous Instagram account "fightforajustworld," where she claimed she could reach millions of people. 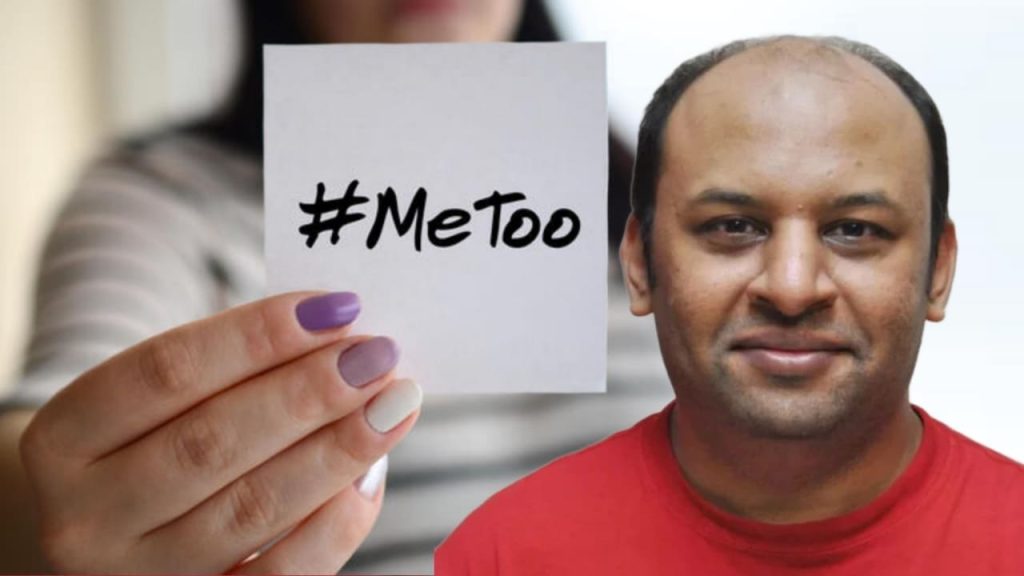 On January 14, a woman accused Pratik Sinha, the co-founder of the propaganda website Alt News, of sexual harassment.

The woman claimed that Pratik Sinha is extremely cunning and a “sex maniac”. Not only that, he uses the same tactics to seduce other women in order to have sexual relationship with them.

She shared her ordeal on the anonymous Instagram account “fightforajustworld,” where she claimed she could reach millions of people.

The victim claimed to have known Pratik Sinha for a few years, and after becoming impressed with his work, she struck up a conversation with him when he messaged him through Facebook. Everything started on April 24, 2020.

Pratik Sinha requested her phone number right away, and she complied as being trustful of him. They communicated daily over SMS for several months before beginning to communicate via conversations and video calls.

Within less than two months, Pratik Sinha told her he felt “more than friendship” for her. She informed him that a relationship wouldn’t be possible until two years had passed due to her academic obligations.

Sinha, however, declared that he will be unable to maintain the relationship in November 2020. But they carried on interacting on social media. He then apologised for his prior comments and that he still had affection for her in December 2020. Once the Covid pandemic was over was gone and they both were vaccinated, he encouraged her to get together as soon as possible.

She stopped communicating with him in February 2021 as a result of his inconsistent attitudes toward their emotional connection, but he still kept on pestering her for the relationship.

He indicated his willingness to maintain the relationship and dedicate time to it in May 2021. Sinha assured her that he was not engaged in physical or emotional relationship with anyone. Also, that he sought a “monogamous” and “exclusive” relationship with her.

When she questioned him about relationships with any other woman, physically or emotionally, he always denied it.

He once more conveyed his “true affections” for her in July 2021 and sought to meet before his intended September 2021 move to Kolkata.

They made plans to get together the first week of September, and they spent three days together. They started a physical relationship during that time.

She made it plain that her plan was not to meet up on the side or have a fling. He responded, “He wouldn’t put in so much effort, changing two flights to meet up with someone, if it was casual,” in response to her direct question.

She further said that he stated his wish to wed her after she finished her education. The text suggests that Sinha’s mother was also aware of them.

He told her that he had been deceiving her and that all the guarantees he had given about the connection were fiction after 12 days of the meeting, which occurred in the third week of September.

He continued by saying he had lied to her about his affection for her. Additionally, he revealed to her that he was seeing other women. Sinha admitted that he was in relationship with several women.. Her initial reaction was to cry loudly over it because she was shocked and upset by it. The victim told Pratik that she will go public about his predatory nature. Sinha sought help of one of his female friends to mediate.

After the incident, she came to know that Pratik was having casual relationships with several women.

The woman, who called Pratik Sinha a fake, a fraud, and someone who “ogles at women’s breasts,” voiced her outrage over the claim that Pratik Sinha, who describes himself as “the buster of fake information, defender of truth, and warrior of women’s rights,” had deceived her.

The woman also expressed concern that Pratik Sinha will rubbish her accusations. He will use his clout to malign her as an “RSS stooge” or a “BJP mole”.