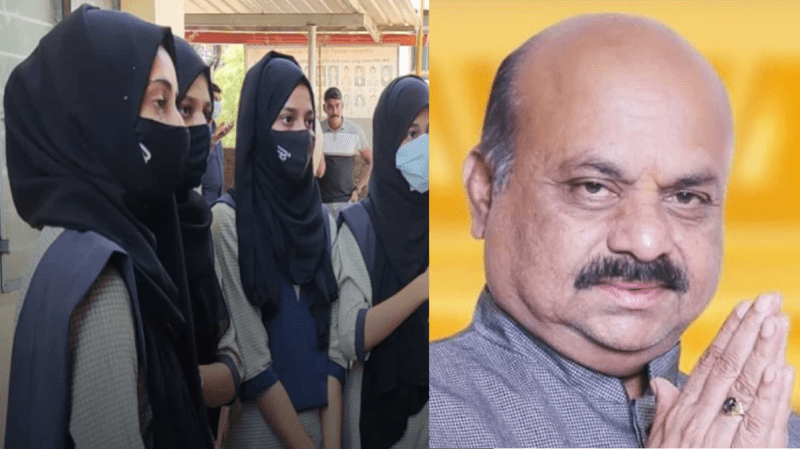 Better sense has prevailed in Karnataka. The Basavaraj Bommai government has issued a directive banning certain ways of dressing. As per government directive, students should not wear clothes which disturb equality, integrity and public law and order. Consequently, Hijab has been banned.

The directive comes in wake of an unnecessary controversy created by some Islamist students. In different schools and colleges, some Muslim girls had started wearing Hijab during classes. When asked to maintain uniformity, the girls insisted that it is their fundamental right to wear Hijab.

Hijab is an Islamist way of dressing. During medieval period, Muslim theologians forced women in Islamic societies to wear this dress. As per Islamist dress code, Muslim women should dress so that they can be distinguished from non-Muslim women.

Thankfully, the BJP government has withstood the pressure from Islamist lobby. Very often governments have succumbed to such pressure tactics. V SunilKumar, the Minister for Kannada and Culture termed it a “systematic conspiracy”. He firmly stated that students may wear Burqa or Hijab from home to college. But, once in educational institute, students should be in uniform.

One of the core contentions of the Islamist girls was that wearing Hijab is their fundamental right. For this, their supporters as well as sections of leftist media were quoting article 25 of the constitution. But, a look at article 25 is sufficient to puncture their claims.

But, there are caveats in article 25. As per 25(1), the right is subject to public order, morality and health. Moreover, as per 25(2), Nothing in this article shall affect the existing law or prevent state from making any law, (a) regulating or restricting any economic, financial or political or other secular activities.

Karnataka has its own “Karnataka Education Act – 1983”. And, this act falls under the ambit of article 25(2)(a). Karnataka government has issued the directive in accordance with this act.

As per article 133(2) of the Karnataka Education Act – 1983, uniform style of clothes is compulsory. Moreover, administration of private schools can choose a uniform of their choice for students of the institute. But, in absence of such uniform, students should wear clothes which don’t disturb equality, integrity and public law and order.

Section 133 (2) of the Act empowers the state to “give such directions to the officers or authorities under its control as in its opinion are necessary or expedient for carrying out the purposes of this Act, and it shall be the duty of such officer or authority to comply with such directions”

Education is a secular activity.

Karnataka government is on very firm grounds. The act very clearly spells out the purpose of education. One of the purposes of the act is “fostering harmonious development of the mental and physical faculties of the students”. Moreover, of cultivating a scientific and secular outlook through education.

Hopefully, this bold action by Bommai government will set a healthy precedent. Future government will refrain from bending to regressive ideologies and uphold the rule of the law.