Prior to the Tawang clash between Indian soldiers and troops of PLA, the IAF had to scramble its jets to check activity of Chinese drones. 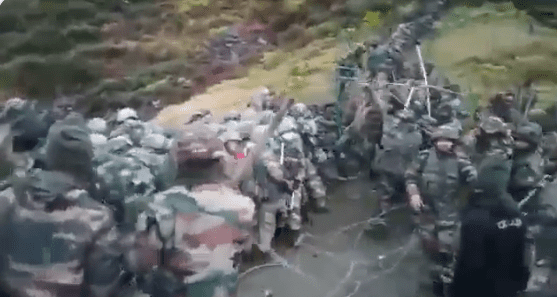 New Delhi: Before the December 9 clash between India and China IAF jets were on high vigil. The IAF jets undertook several sorties in the Yangtse area near Tawang. The jets scrambled in the last few weeks to prevent air violations by China over Arunachal Pradesh.

The Air Force scrambled its jets after unusual activity of Chinese drones. The drones had moved aggressively towards the Indian positions on the Line of Actual Control (LAC) in Arunachal Pradesh.

“In the last few weeks, there have been two to three occasions when we had to scramble our fighter jets to tackle the Chinese drones moving towards our positions on the LAC. The Su-30MKI jets had to be scrambled to tackle the air violation threat,” defence sources said.

They also said that the Chinese military was behaving aggressively around Tawang. The aggression was over issues in the Yangtse. This is in the vicinity of the Holy Dip and Parikrama area on the LAC where the Chinese side has been opposing Indian positions.

Defence sources also said that they don’t allow drones or any aircraft to violate the airspace.

“If the drones or aircrafts are flying along the LAC, the Indian side does not have any issues with it, but if they are flying towards Indian territory, necessary actions have to be taken to prevent any violation,” defence sources said.

The IAF has a strong presence in the northeast. The Air Force has deployed squadrons of Su-30 fighter jets at multiple locations including Tezpur and Chhabua in Assam.

The IAF has also strengthened its air defence coverage in the area with the operationalisation of the S-400 air defence system in the Assam sector only. The system can take care of any aerial threat, not only in Tawang, but over almost the entire area.