Close on the heels of arresting son of congress leader Tajuddin Sheikh's son, NIA has found link between another leader with terrorist Shariq. 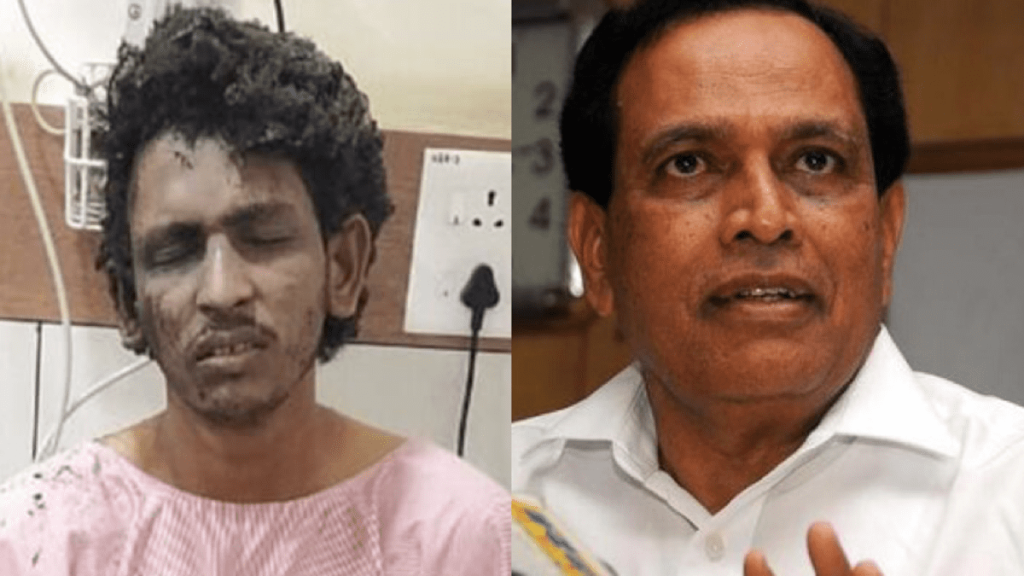 Shivamogga (Karnataka): In a major development, a link between senior Congress leader Kimmane Ratnakar and Mangaluru blast accused Mohammad Shariq has come to the fore. The NIA came across Rs 10 lakh in the bank account belonging to grandmother of Mohammad Shariq. Ratnakar had deposited the money as part of a lease agreement for an office space for the Congress. The concerned building is situated near Shivamogga in Karnataka.

The details came out in the open after NIA sleuths interrogated Ratnakar. They were tracking the financial trail in a terror conspiracy in Shivamogga region linked to an ISIS-inspired module. Earlier, NIA had arrested son of prominent Congress leader Tajjuddin Sheikh in the case.

“NIA questioned Ratnakar about Rs 10 lakh lease amount given to Shariq’s grandmother for a space for Congress party office in 2015 in Thirthahalli,” sources said. Shariq was injured when the cooker he was carrying blasted in an autorickshaw in Mangaluru on November 19. His intention was to explode the cooker bomb.

Ratnakar stated that his relationship with family of Mohammad Shariq is only that of a tenant and landlord. The agreement is going to end in June this year.

The NIA is probing financial transactions of the persons involved in Shivamogga conspiracy case. Shariq has claimed to have received funds through the cryptocurrency mode from a handler identified only as the Colonel. He has not disclosed his actual identity.

The web of terror

The Karnataka police have identified the handler of the group as Mateen Ahmed Taha. Mateen is an engineer and former resident of Thirthahalli in Shivamogga. He has been missing since 2020. NIA and the Karnataka police are looking for him for an ISIS plot in 2020.

The NIA is also investigating the Mangaluru blast. It has arrested as many as seven people in the alleged Shivamogga ISIS plot including Mohammad Shariq and his two associates Maaz Muneer and Syed Yasin.