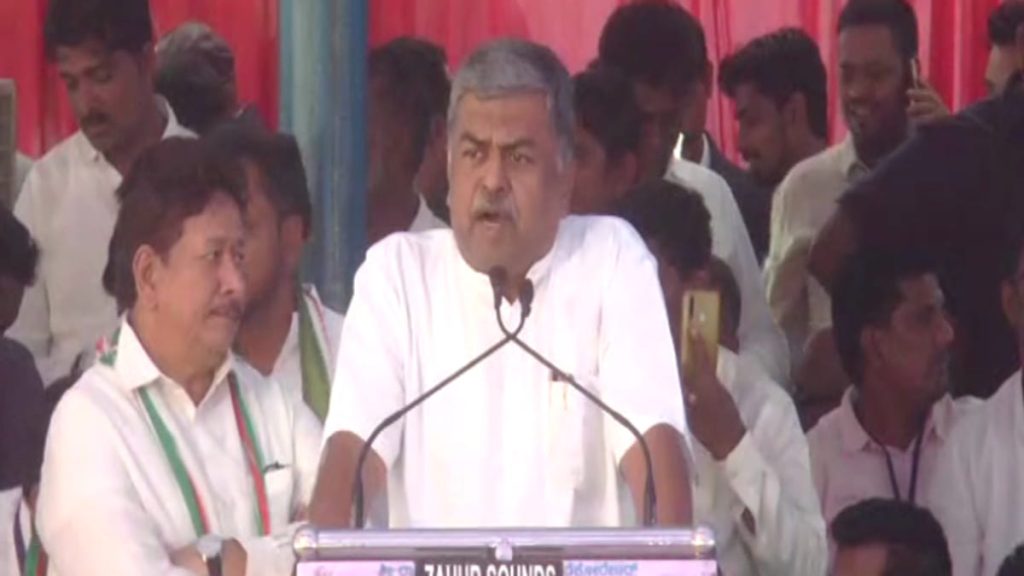 Bengaluru: Senior Karnataka Congress leader BK Hariprasad stirred a hornet’s nest by making a derogatory statement. The statement is against Congress party MLAs who had deserted to join BJP in 2019. He compared the rebel Congress MLAs and Tourism Minister Anand Singh with  “prostitutes.”

Singh is among the 17 rebel Congress and JDS MLAs who had resigned from the party. They had crossed over to BJP to form the government by reducing the Congress-JDS government to a minority government.

Hariprasad criticised Anand Singh. He said that within a year of winning the Vijayanagara assembly seat on Congress ticket, he joined hands with the BJP to gain a ministerial berth.

“Earlier when the public didn’t vote any party to power with full majority, we formed a coalition government in Karnataka. But some MLAs behaved like those women who sell their bodies for the sake of their livelihood. We call them prostitutes. What you call these legislators who sold themselves?” he said on Tuesday evening.

“You have to teach a lesson to the local MLA who sold everything including his self-respect,” Hariprasad said in an indirect attack on Singh. However, on Wednesday, He apologised for the unparliamentary comment, but, interestingly enough, blamed the BJP for twisting it.

Hariprasad blames BJP for his comments

He alleged that BJP has twisted his remarks out of context. “BJP men have twisted my statement. They are creating unnecessary controversy about sex workers. We have great respect for sex workers. I apologise if they are hurt,” Hariprasad said.

In a counter, BJP leaders flayed Hariprasad by saying that it is part of the Congress culture. “He should not have made such comments being in a responsible position. This shows his and his party’s culture. People have voted us in power and they will teach them a lesson for such comments,” Karnataka Excise Minister K Gopalaiah said.

Meanwhile, former Karnataka Congress President Dinesh Gundu Rao defended Hariprasad. “He (Hariprasad) has only stated how these MLAs were elected on Congress tickets, but later joined BJP for monetary gains and power. These people have sold themselves,” he said. As many as 14 Congress MLAs and 3 JDS MLAs resigned as MLAs in 2019 bringing down the HD Kumaraswamy-led coalition government paving way for BJP’s BS Yediyurappa to return to power.