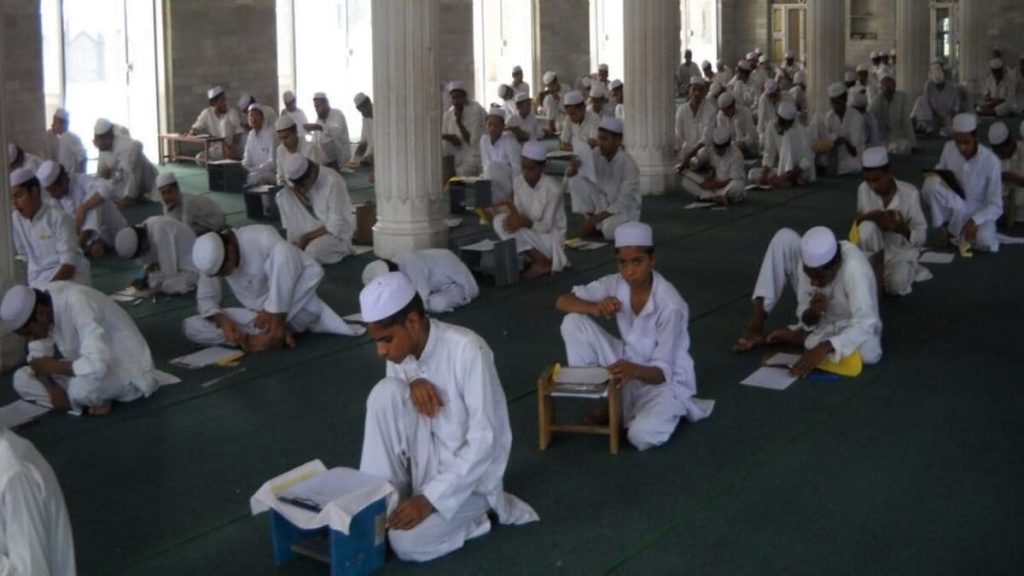 Guwahati (Assam): In the light of several privately run madrasas found to be engrossed in jihadi activities, the Himanta Biswa Sarma’s government in Assam has decided to merge these madrasas with nearby large ones to de-escalate threat of radicalisation.

Assam DIG Bhaskar Jyoti Mahanta disclosed this in Guwahati. Interestingly the government took this decision based on Muslim leaders approaching the authorities. The leaders asked govt to check jihadi activities in privately-run madrassas in Assam. These Muslim leaders, about 68 of them, also held meetings with the Assam government to bring about educational reforms in madrassas, DGP Mahanta said.

The government decided to allow one madrassas within a periphery of 3 kms. And govt will merge those with 50 or fewer students with larger ones in the vicinity, Mahanta said. Besides teaching Arabic, the Himanta govt has asked madrassas to follow modern educational trends.

Assam police raided the modules of terror outfits of Ansarul Bangla Team (ABT) and Al-Qaeda in Indian Subcontinent (AQIS). Police found that several aressted jihadis were working as teachers in privately-run madrasas. Neighbouring Bangladesh has banned these Islamic terrorist outfits. Moreover, Bangladesh has hanged some of their top leaders following court judgments.

Bangladesh government of Sheikh Hasina is using an iron hand against these outfits. As a result, leaders of the outlawed terror organisations shifted their base to eastern parts of Bharat. Their main objective is to target impressionable youth by radicalising them, DGP Mahanta said. To counter this, Assam is carrying out a survey to prepare a database of all madrasas. The data includes land details, number of teachers, students and syllabus.

The govt is expecting the data to be ready by January 25, DGP Mahanta said. He further added that police has asked all teachers at these madrasas to undergo police verification. It has directed Muslim leaders to keep a vigil on teachers coming from other states. Biswa has asked SPs to keep a stern watch, especially in the minority-dominated Lower Assam districts. Besides that, police will be vigilant in the three districts of Barak Valley.

Apart from arresting 53 terrorists, the state authorities had demolished three privately-run madrasas where teachers were in touch with jihadi elements and carried the agenda of radicalising the youth.

Currently Assam has around 2500 privately run madrasas. Most of them have very few students. This number will come down after the merger of smaller madrassas with larger ones. Assam government has already converted nearly 400 government-run madrassas into regular schools.