He should develop businesses in UP instead of taking them from here. He should wear modern clothes instead of wearing saffron clothes as industry is a symbol of modernity: Hussain 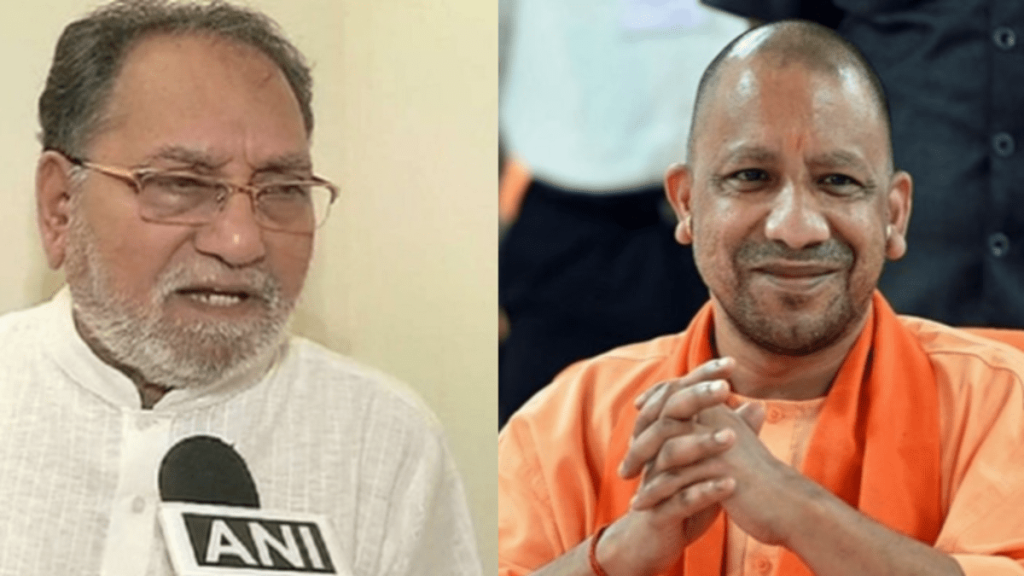 Congress party seems to be on a path of self-destruction. Latest statement from one of their leaders seems to indicate so. Apparently, the Congress leaders have a problem with Saffron attire of Yogi Adityanath.

The latest to spark a controversy is senior Maharashtra Congress leader and former MP Hussain Dalwai. He has asked Uttar Pradesh Chief Minister Yogi Adityanath to wear modern attire rather than the saffron clothes.

Hussain’s statement on Yogi, once again, brings into focus the differences between Sanatan traditions and Islam. Saffron has been the symbol of sacrifice and pride for Hindus since ancient times. It is associated with renunciation, spirituality, wisdom and valour. On the other hand, Muhammad-Bin-Abdullah, forbade Muslims to wear saffron.

Hussain advised Yogi, “Not to talk about religion every day….not to wear saffron clothes, and become a little modern as industry is a symbol of modernity. Art comes from modernity and embrace modern ideas.”

“He (UP CM Yogi Adityanath) should develop businesses in UP instead of taking them from here. He should wear modern clothes instead of wearing saffron clothes as industry is a symbol of modernity,” ANI quoted Congress leader Hussain.

The UP CM Yogi Adityanath is on two days visit to Mumbai. He is there to invite domestic investors ahead of the Global Investors Summit. UP government is holding the summit in Lucknow next month.

The Congress leader was not satisfied by just commenting on Saffron attire. He further asked Yogi to develop new industries in his own state instead of allegedly taking industries from Maharashtra.

He also accused the Congress of being anti-Hindu. He said their leaders compared Hindutva with Boko Haram and ISIS. They raised questions about the existence of bhagwan Ram and linked jihad with Gita. But, when elections come they become janeudhari brahmin to seek Hindu votes, he added.