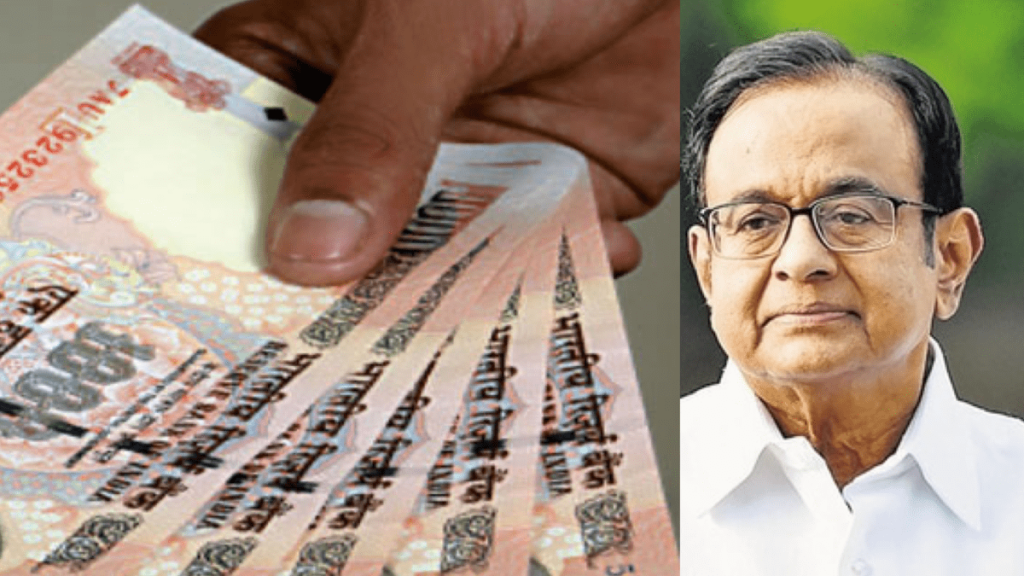 New Delhi: The Supreme Court today upheld the central government’s demonetisation policy. It did so by dismissing a bunch of 58 petitions against it. But, apparently, the decision did not go down well with the Congress leader P Chidambaram. He peddled Congress party’s anti-Modi narrative by highlighting Justice BV Nagaratna’s dissenting judgement.

Justice Nagaratna commented that there were illegalities and irregularities in demonitisation. “It (dissenting judgement) may be only a slap on the wrist of the government, but a welcome slap on the wrist,” Chidamabaram tweeted.

In other words, the Congress leader is saying that the majority verdict of the Supreme Court has steered clear of the question whether the objectives of the demonetisation exercise were achieved at all. Chidamabaram is well within his rights to raise questions. But when we look at the data and ground realities it gives a different picture. India has seen a boom in digital payments post-demonetisation.

In October, 2022 India recorded a great harvest of digital transactions worth Rs 12 lakh crore. India has become a pioneer in terms of digital payment. Even the poor are using this mode of transacting.

Even if Chidambaram does not agree, every election that followed the decision gave the Narendra Modi government a clean and clear mandate. In other words, even though demonetisation impacted adversely for some, yet they have supported demonetisation lock, stock and barrel.

Chidambaram, for sure, as a former minister knows very well that any economic decision taken by the government may not necessarily fulfil all its objectives. If the decision is flawed, in a democratic setup, people decide to vote government out, when given the chance.

The Supreme Court’s 4:1 decision upholding the Modi government decision to demonetise Rs 1,000 and Rs 500 notes in November 2016 is welcome. But the honourable SC could have declined to hear the pleas on an issue that had gone stale. Moreover, there was no scope whatsoever for reversal without causing massive economic upheaval. The comments by Chidambaram reflect poorly on the veteran congress politician.