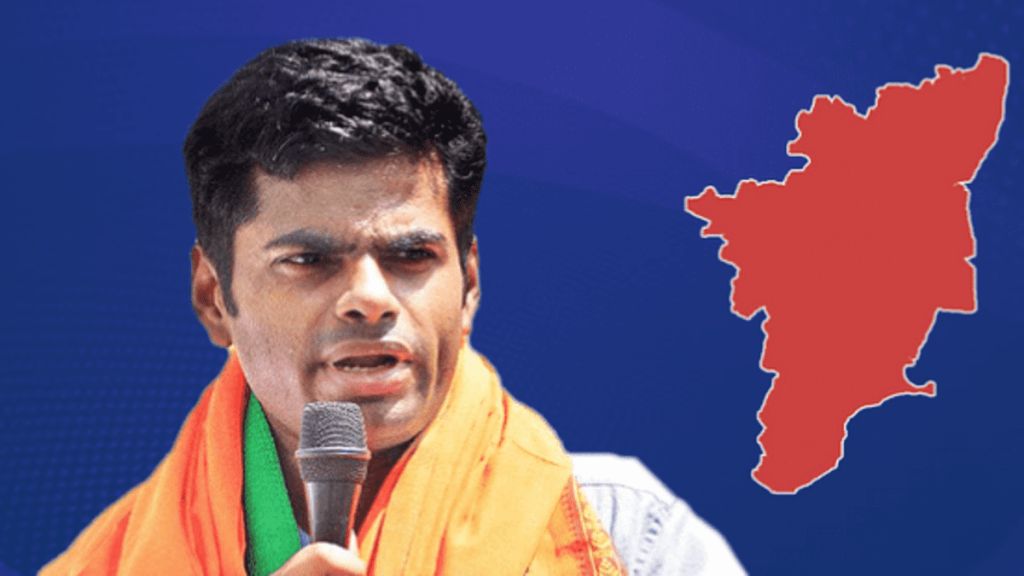 Chennai, (Tamil Nadu): Based on an intelligence report, the Ministry of Home Affairs has decided to provide Z-category security to Tamil Nadu BJP President K Annamalai with a group of 33 CRPF commandos deployed to protect him. He was earlier provided Y-category protection.

This decision comes in the wake of a report compiled by the Intelligence Bureau which recommended enhancing security cover for Annamalai after evaluating threats received by him from radical Islamists and Maoists. K Annamalai is a former IPS officer. He left the esteemed service to bring change through politics. His fans call him a real life Singham.

Of late, Annamalai has been very vociferous, targeting Islamic extremism in Tamil Nadu after the Coimbatore car bomb blast on October 23 last. But, it is not only Islamic terrorists or Maoists that Annamalai is vocal about. He is taking on the threats of Christian Missionaries also. He has been raising voice against top police officers promoting Christianity in Tamil Nadu.

In recent months, Molotov Cocktail attacks on RSS and BJP offices have gone up in Tamil Nadu, especially during violent protests against the NIA raids at the premises of the now-banned PFI.

Amidst this, Annamalai had written a letter to Amit Shah on the deteriorating law and order situation in Tamil Nadu. He also flayed DMK government for failing to reign in the anti-national forces who were damaging private property and hurling petrol bombs at the RSS and BJP offices.