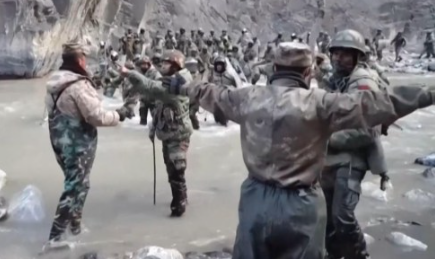 New Delhi: Indian soldiers and Chinese troops on December 9 clashed along the border. The skirmish took place along the Tawang sector of the north-eastern state of Arunachal Pradesh. The army sources and government of India has informed about the incident. As many as nine Indian soldiers and multiple Chinese troops have sustained injuries in the clash, army sources said.

Indian sources further hinted that over 600 Chinese People’s Liberation Army troops were present in the area at the time of the clash. Indian forces confronted PLA soldiers “in a firm and resolute manner”. As per army, “this faceoff led to minor injuries to few personnel from both sides.”

“In certain areas along the LAC [Line of Actual Control] in the Tawang Sector in Arunachal Pradesh, there are areas of differing perception, wherein both sides patrol the area up to their claim lines. This has been the trend since 2006,” Both Chinese and Indian forces were said to have subsequently pulled back from the disputed area following the clash, according to sources.