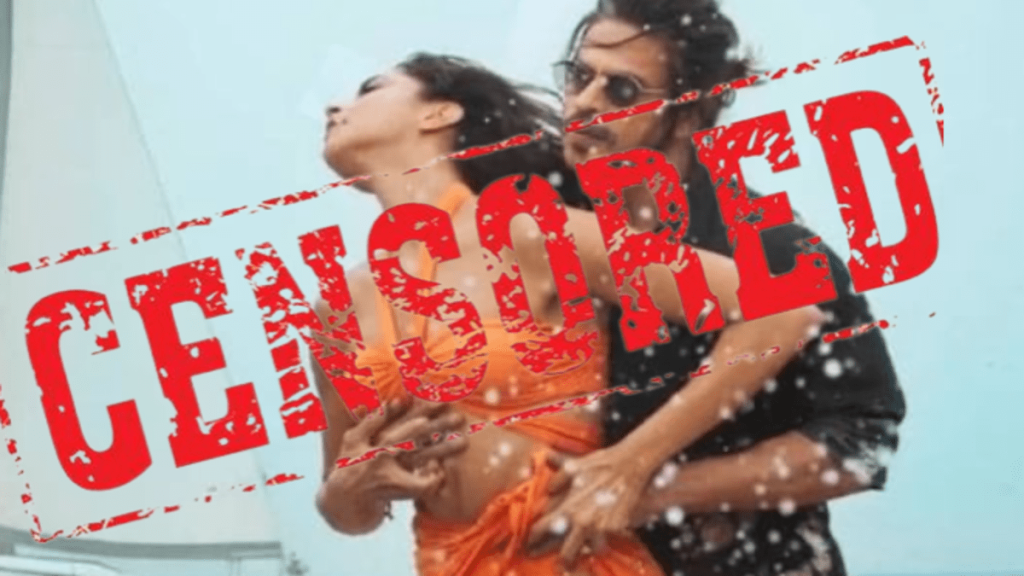 Mumbai: Following the review of Shah Rukh Khan and Deepika Padukone’s upcoming film Pathaan, the Central Board of Film Certification directed the makers to implement changes in the movie, including its controversial song Besharam Rang. This was confirmed by CBFC Chairperson Prasoon Joshi on December 29. However, he did not give details of the changes suggested to the makers.

The CBFC has asked production banner Yash Raj Films to submit a revised version of the film as per CBFC guidelines prior to theatrical release, Joshi said in a statement. Pathaan finds itselves in the midst of a controversy after the release of one of its songs. A section of viewers have criticised the song ‘Besharam rang’. In this song, Deepika features in a saffron bikini.

Looking at the song of Pathaan, it clearly is vulgar and obscene. The kind of song one would associate with C-grade movies. One section of audience claims that it is against Hindu sentiments.

They say so because the actress is wearing a saffron bikini and sarong with Khan while performing the song. The saffron colour is a colour of reverence in Hindu view. It is a symbol of renunciation, sacrifice, knowledge and service. But makers of this film turned saffron into a symbol of sheer shamelessness. People are blaming the producer and actors for intentionally insulting the colour of pride and devotion by performing obscene moves on the song.

But, to be honest, Deepika has worn skimpy clothes of many colours. Therefore, focussing on just one colour seems a stretch.

Yet, there seems to be another reason for controversy around Pathaan. As per Islamic theology, Muslims should not wear saffron. Islam has an elaborate set of permissible and non-permissible, general called, Halãl and Harãm. According to Ahadith, Muhammad, the prophet of Islam forbade wearing of saffron coloured clothes to Muslims. The Hadith is:-

‘Abdullah b. ‘Amr b. al-As reported: Allah’s Messenger (may peace be upon him) saw me wearing two clothes dyed in saffron. whereupon he said: These are the clothes (usually worn by) the non-believers, so do not wear them.

Is that the real intention? Or, are we making a mountain out of a molehill?

If courts agree that it has hurt the sentiments and beliefs of the Hindu community, then it might invite punishment against Deepika and Khan, under sections 295A, 298, 505, 67 of the IT Act and 34 of IPC.

CBFC Chief Joshi is right in saying that the aim of the Board is to strike a balance between the creativity of makers and the sentiments of audience and accordingly find a solution.

“I must reiterate that our culture and faith is glorious, intricate and nuanced. And we have to be careful that it does not get defined by trivia which takes the focus away from the real and the true. And like I have said earlier as well, that the trust between creators and audience is most important to protect and the creators should keep working towards it,” he said.

Those who expressed their displeasure over the song in Pathaan and demanded changes in it include Madhya Pradesh Home Minister Narottam Mishra and the Vishwa Hindu Parishad. The Madhya Pradesh Ulema Board also sought a ban on the film for “misrepresenting Islam”.

A complaint has also been filed against Pathaan before a court in Bihar’s Muzaffarpur district. The complainant is seeking the registration of an FIR against Shah Rukh, Deepika and others. He has accused the film of “hurting religious sentiments” of Hindus in the song.