S Jaishankar, EAM advised Pakistani government to get their act together. He asked the rogue country to stop terrorism related activities. 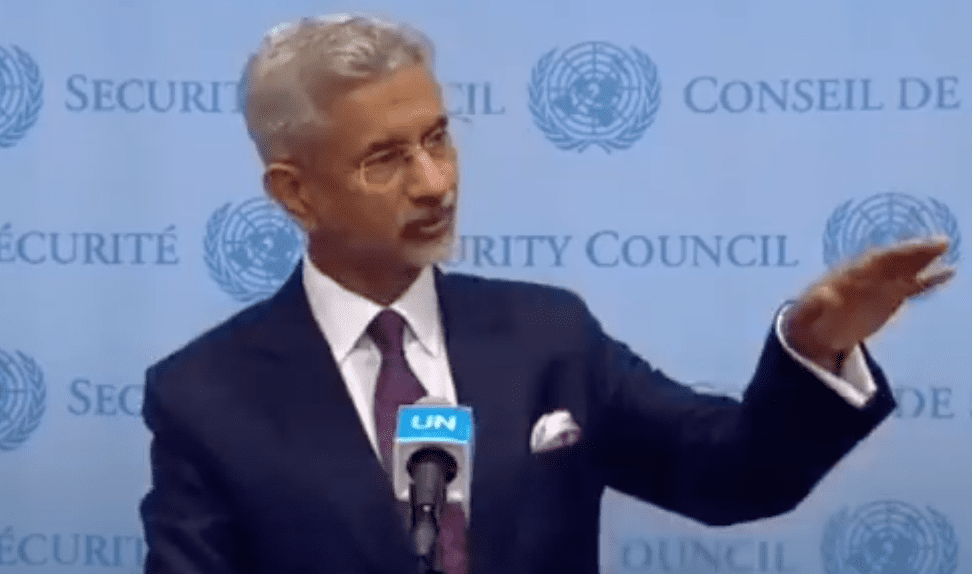 S Jaishankar, the current EAM, is like a whiff of fresh air. He once again proved why he is a darling of masses at the recent UN security Council’s meeting on counter terrorism. The reply he gave to a Pakistani journalist has gone viral on social media platforms.

The incident took place when the EAM was addressing media persons after Chairing the UNSC meeting on counter terrorism. A Pakistani journalist tried to put a fast one on Jaishankar. He asked a loaded question.

His question was, “How long South Asia is going to see this terrorism disseminating from New Delhi, Kabul and Pakistan? How long are they going to be at war? How about UN Security Council resolution on Kashmir? Does India abide by it or not?

The question immediately brought a smile on Jaishankar’s face. Like a seasoned diplomat, he had seen through the mischief. The mischief of clubbing India with the notorious countries like Afghanistan and Pakistan. His reply is worth being reproduced verbatim.

You are asking the wrong Minister when you are say, how long will we do this? Because, It is the minister of Pakistan who will tell you how long Pak intends to practice terrorism.

The second trick that the Paki reporter tried was to divert attention away from terrorism related activities of Pakistan. He deliberately brought up the issue of Kashmir into it. Jaishankar responded:-

The EAM closed his comments with a sane advice for Pakistan.

So, my advice is, please clean up your act. Please try to be a good neighbour. Please try and contribute to what the rest of the world is trying to do today. Which is, economic growth, progress, development.

Unlike earlier External Affairs Ministers, Jaishankar does not beat around the bush. During the meeting on counter terrorism, he had taken Pakistan and China to task, without naming them.

He stated that “whatever gloss may be applied to minimise the unpleasant realities”, the contemporary epicentre of terrorism is still active. He criticised Pakistan for its support to cross border terrorism. Jaishankar said that Pakistan’s old habits and established terror networks are still alive in South Asia.