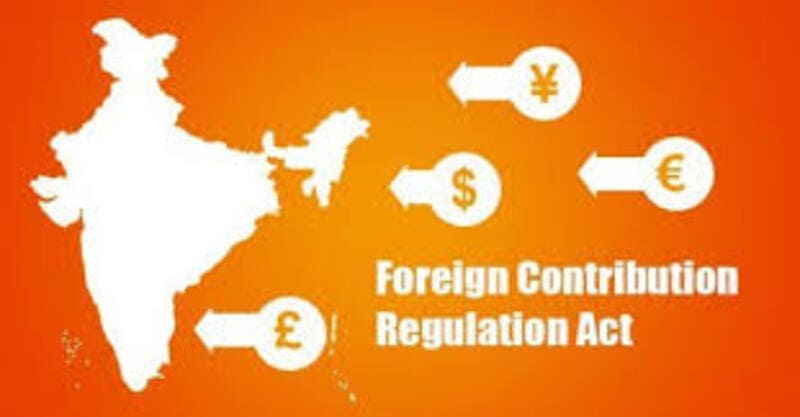 The centre was replying in regard to petitions by a number of NGOs that alleged the amended provisions will stifle their funds thereby hampering their social work activities.

The government also informed the apex court that the provisions of the Foreign Contribution Regulation Act (FCRA) were revised to curb the NGOs from making chain-transfers of foreign funds a business.

It apprised the court that the amended provisions only restricts transfer of foreign contributions to other persons/NGOs once received in India.

The NGOs had petitioned that the restrictions on transfer of FCRA funds to other FCRA registered NGO’s has caused consternation among them.

In response, the government affidavit stated:

“The petitioners or any entity/NGO has to utilise it for the purposes for which it has been given a certificate of registration or prior permission by Government and hence such a ban on transfer is not discriminatory. This amendment was necessitated since it was becoming difficult to monitor the ultimate utilisation of the foreign contribution by the transferee. This would potentially allow endless chain of transfers and create a layered trail of money, thus making it difficult to trace the flow & utilization of foreign contribution. This creates serious vulnerability for misuse and diversion of foreign contribution.”

A huge volume of cross transfers was making it tough for Indian government to monitor the activities of these NGOs as well as the end use of the funds for donor designated purposes.

On the issue of mandatory Adhaar/ PIO identification for office bearers and directors, the govt affidavit, said, “The Aadhaar numbers of the office bearers, key functionaries and members would facilitate proper identification of person and associations with which the persons are connected for facilitating monitoring of activities of associations which should not be detrimental to the national interest and hence the restrictions are reasonable and proportionate.”

Some of the important amendments to FCRA are:

1) Section 7 of the above act was amended to read as:

(a) is registered and granted a certificate or has obtained prior permission under this Act; and

3) Mandatory opening of account with State Bank of India, New Delhi Main Branch for receiving all foreign contributions. The NGOs were permitted to open additional accounts anywhere in India and transfer funds from the designated account to these accounts for operational convenience.

5) Renewal of licence will be subject to enquiry and no automatic renewal.

6) If licence is surrendered or not renewed, all assets of the NGO will vest with Govt. of India’s designated authority. Assets will be restored to NGO upon renewal or completion of enquiry

Government is hoping that these amendments will plug loopholes that were being used by subversive forces to bring unrest in India with help of foreign funds.