Syed Mueen claims that he converted the girl in a Dargah. He did not follow any of the legally laid out procedures for conversion. 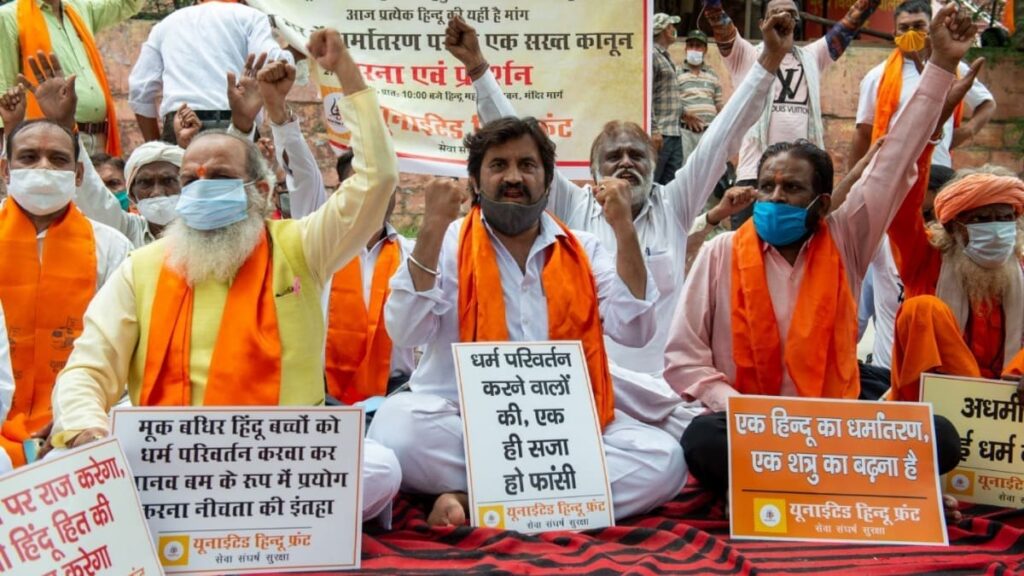 In what is first case under the anti-conversion law, Karnataka police has arrested a Muslim man for forced conversion. Police has arrested Syed Moin from Bengaluru for allegedly luring an 18-year-old girl. He allegedly converted the girl to Islam on the promise of marriage.

Last week the police had registered this case under Karnataka Protection of Freedom of Religion Act, also known as the anti-conversion law, which was notified on September 30 this year.

The accused, identified as Syed Mueen, is a resident of BK Nagar in northern Bengaluru. Syed runs a chicken stall. According to reports, victim Khushboo’s family has been living in Bengaluru for about a decade. The family of the victim belongs to Uttar Pradesh.

Gyantidevi, the mother of Khushboo suspected that her daughter had eloped with Mueen. According to her, Mueen had been trying to woo her for last few months. Gyantidevi, a housewife, lodged a police complaint on October 5, hours after her daughter went missing.  Having registered a missing persons case, the cops started a hunt for Khushboo.

She came back home three days after she had gone missing. To the shock of her family, she told them she had converted to Islam/Mohammedanism.

Shocked Gyantidevi apprised her husband Surendra Yadav about the crime. Surendra tried to reason with his daughter but she did not agree.

Gyantidevi then filed another police complaint on October 13 of forced conversion. Yeshwantpur police then registered a case under Section 5 of the Act. Subsequently, police arrested Mueen. Court has sent him on judicial remand.

Legal Procedure for conversion not followed

The local police stated that it is a case of religious conversion on the promise of marriage. According to reports, the Muslim arrested for forced conversion, did not follow the procedure stipulated under the new law for conversion.

According to the norms under the new law, the person converting from one religion to another has to submit a declaration. He/she must submit Form-l at least 30 days in advance. Submission of form to the district magistrate or the additional district magistrate is mandatory before conversion.

Also, the person who performs the conversion ceremony must submit Form Il at least 30 days in advance. Following this, another set of procedure is to be followed. If convicted for forced conversion, the accused may face imprisonment for three to five years and a fine of Rs 25,000.

Reportedly, the Muslim arrested for forced conversion has not followed any of these norms. He took the girl to a Dargah in a Andhra Pradesh. Mueen says that he converted the girl in a ceremony at the dargah.

No strict national law yet: