Javed is the first person to be jailed under the new anti-conversion law. The crime of entrapping Hindu girls by Muslims is commonly called Love Jihad. 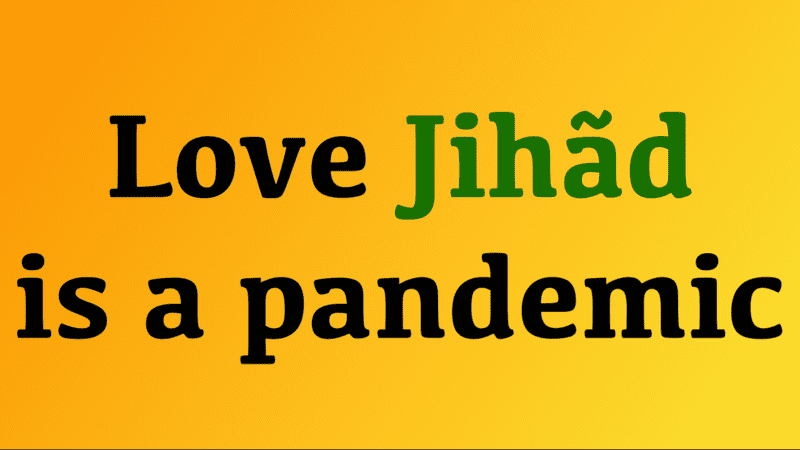 A local court of Kanpur has sentenced a Mohammedan man, Javed, to 10 years of imprisonment. The Kanpur district and sessions court has also imposed a fine of Rs 30,000/- on the criminal. Javed had presented himself as Munna to a 17 year old Hindu girl by hiding his Muslim identity.

The case dates back to 2017. Javed had promised to marry the girl due to which the girl had eloped with him. The father of the girl filed a complaint with the local police. Subsequently, the police arrested Javed the very next day.

The girl reported to the police that she was surprised on finding that he was a Muslim. When the couple reached Javed’s house, he revealed his identity and asked her to undertake a Nikah. The girl found it unacceptable. She later accused Javed of raping her on a false pretext.

The victim was a student of class XI at the time of incident. A sister of the Muslim man was a classmate of the victim. Since the vicim was a minor, police had registered a case of kidnapping.

Anti-conversion law comes to the rescue

This is the first conviction under new anti-conversion legislation. The UP government had designed this law to protect such vulnerable girls from becoming victims of predatory creeds. Common people call such cases as Love Jihad cases.

The Uttar Pradesh Prohibition of Unlawful Conversion of Religion Ordinance, 2020, envisages that no person shall convert, either directly or indirectly from one religion to another by use or practice of misrepresentation, force, undue influence, coercion, allurement or by any fraudulent means or by marriage nor shall any person abet, convince or conspire such conversion. An act has replaced the ordinance this year.

Parents, especially of Hindu girls, were exasperated at the number of such cases. Muslim men were entrapping girls by pretending to be Hindus. A section of biased media tried to deny the existence of Love Jihad. But, the UP government acted on the basis of ground reports.

Since the enactment of the law, UP police has filed more than a hundred cases of Love Jihad.