Karnataka freedom of religion bill 2021 has provisions to safeguard the interests of vulnerable sections of society. So far, they have been targeted by totalitarian ideologies. 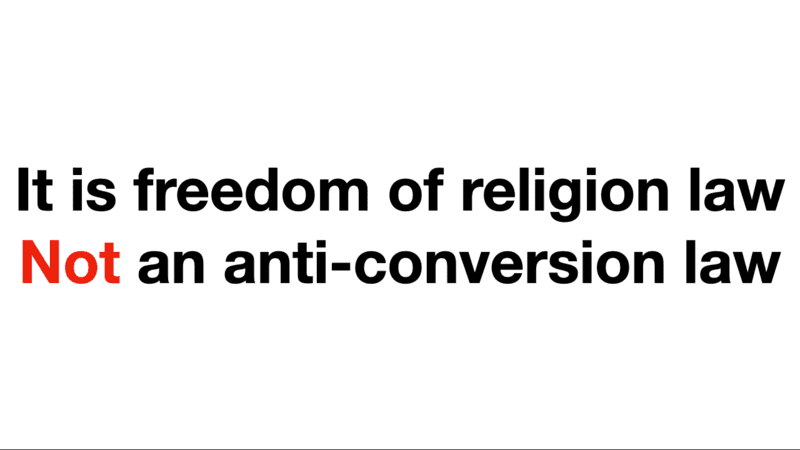 The assembly has introduced the Bill to prevent “unlawful conversion from one religion to another by misrepresentation, force, undue influence, coercion, allurement or by any fraudulent means or marriage.” Christian Missionaries and Tabhlighi Jamat it will have a tough time if the bill becomes law.

Kannadigas have been complaining about the questionable methods that Missionaries and radical Muslim outfits have been adopting. Usually, the targets of such activities have been unsuspecting and vulnerable sections of the Hindu society. As a result, there has been simmering discontent among the society. The anti-conversion law is an attempt to address this unrest.

According to the provisions of the proposed anti-conversion law, any aggrieved person,his/her parents, siblings or any other person related by blood, marriage or adoption can file a first information report against such an act.

The proposed law has penal provisions under which a convict will face imprisonment of not be less than 3 years and can extend upto 10 years. Moreover, the fine for such criminal activities will range from ₹25,000 to ₹10 lakh. The proposed law mandates that those wishing to convert should provide 60 days’ prior notice to a district magistrate.

The chief of Karnatak Pradesh Congress Committee, D.K.ShivaKumar has been opposing the bill. He has stated that the bill is “anti-minority”.

Christian clergy has also been opposing the bill. Peter Machado, the archbishop of Bengaluru had opposed the bill. He had said, “The government’s proposal for ACB [anti-conversion bill] is unnecessary as it would affect religious harmony”. During his press conference, he further said, “It is arbitrary as it tends to target only the Christian community.”

Christianity and Islam, both have their declared objectives. One wants to Christianize the whole world and the other wants to create a worldwide Dar-ul-Islam (house of Islam). The wiping out of most of the ancient civilisations are a testimony to the activities of the two predatory creeds.

Both these creeds hate idol worship. Both of them believe that all others worship “false gods”. During medieval ages, they used threats and financial duress like Jizya to achieve their objectives. Now, the tactics have changed but the intent remains the same. Terms like “anti-minority” are the latest weapons to disarm the Hindu community.

The proposed anti-conversion law is a step to protect the oldest civilisation from being annihilated by the two predatory creeds. At last the law makers are waking up to the threat.