At last the Mullah brigade has succumbed. Iran has abolished its medieval Islamic morality police in face of worldwide protests by women. 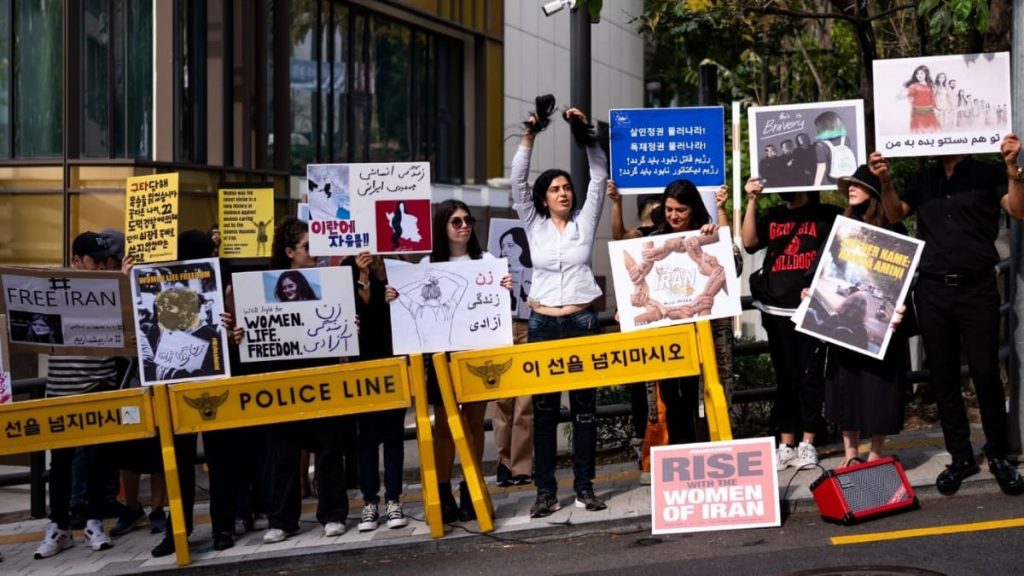 Tehran: Even as maulanas in India are waging a losing battle on hijab wearing, Iran on Sunday abolished its notorious morality police that was enforcing the strict hijab law.

This came in the wake of violent protests over the custodial death of 22-year-old Mahsa Amini. Morality police had arrested young Mahsa for violating the strictly enforced Islamic dress code by wearing her hijab loosely. Just a few strands of her hair were showing out of Hijab.

Under Iran’s law, women are required to wear headscarves to completely cover their hair. They have to wear loose-fitting clothing.

Amini’s father suspected murder by the morality police when it claimed that Amini died from a heart attack. Her family contended that she had no history of cardiovascular problems. They alleged that the morality police restrained them from seeing her body and they buried her body without their consent.

Amini’s death sparked off rarely witnessed scenes of defiance from Iran’s high school and college students. Women and girls were removing and burning their headscarves in public, and cutting off their hair in shows of protest. Leading women like Urvashi Rautela and Anchor Geeta Mohan extended solidarity with the protests.

In a very bold show of protest, the anti-government demonstrators set fire to the historic home of the country’s former supreme leader and regime founder Ayatollah Ruhollah Khomeini.

Young Iranians also filmed themselves knocking turbans off the head of clerics to protest the country’s draconian hijab mandate.

In one clip that has gone viral, a young woman runs up to a man in a traditional robe from behind. Then she delivers a powerful blow to the back of his white turban, causing it to fall on the ground.

The woman runs away without looking back, while the bare-headed Muslim clergyman stoops to pick up his headdress.

Though nearly 448 protesters reported have been killed in the crackdown by the security forces, the protests have not ebbed.

Under pressure, the Iranian government on Saturday announced that it was reviewing mandatory hijab-wearing law.

“Both parliament and the judiciary are working (on the issue)” on whether the law needs any changes, Iran’s attorney general Mohammad Jafar Montazeri said.

The hijab became mandatory for all women in Iran in April 1983, four years after the Islamic Revolution that overthrew the US-backed monarchy.