Why liberal Bollywood is not supporting Mandana Karimi Anti-Hijab Protest

Iranian actor, Mandana Karimi stood for hours at the famous Bandrastand of Mumbai with a placard in her hand and interacted with the passers-by to inform them about the ongoing situation back in her homeland, Iran 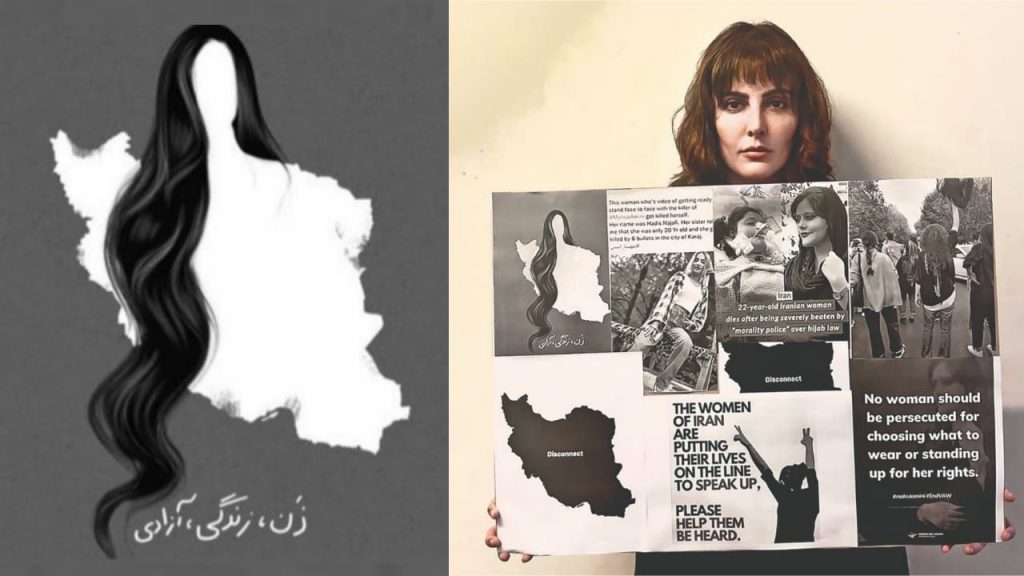 Bollywood feminists have earned a dubious distinction for themselves. They have disgraced themselves on Pan Global Protest Day. They should have stood shoulder to shoulder with Mandana Karimi. But, they were conspicuously missing.

On 1st October i.e. Saturday, Iranian actress Mandana Karimi staged a solo protest. She stood alone in Mumbai for the anti-hijab movement going across the globe.

She said, “This is a fight for human rights and women’s equality. We are asking for our right to wear what we want and not get abused or killed. This is not about hijab or Islam. This is about our rights as women. Whether we want to wear a scarf or not should be our choice, not anyone else’s.”

After the death of 22-year-old Mahsa Amini under the custody of Iran’s morality police, Iran has been witnessing massive protests against the laws governing women. With every passing day, the global movement against hijab is getting stronger. Yet, the Iranian actress could not get support from bollywood feminists.

Iranian actress, Mandana Karimi stood for hours at the famous Bandstand of Mumbai. She had a placard in her hands and interacted with the passers-by. She tried to to inform them about the ongoing situation back in her homeland, Iran. In an interview, she spoke about the Pan Global Protest Day that was organized across the globe on October 1st to stand in solidarity with Iranian women. Around 150 cities worldwide participated in the anti-hijab movement but India was nowhere seen on that list.

According to the Iranian actress, she received disappointing responses from the Hindi film industry. Getting no support from her counterparts, she put up a lone fight on the streets of Mumbai. She held the placard herself when she saw that Bollywood celebrities are not supporting her.

Born and raised in Iran’s capital Tehran, Mandana Karimi has been residing in India since 2010. She had been working in the Indian film and television industry since then.

Widespread Protests Around the Globe

A recent incident during the debate in the European Parliament at Strasbourg caught the attention when the Iranian-born Swedish politician Abir Al-Sahlani cut off her hair publicly to show solidarity towards the women protesting in Iran. She further claimed that “Until Iran is free, our fury will be bigger than the oppressors.”

Last month, a famous Turkish singer Melek Mosso cut off her hair. She did it in the middle of her concert to show her support towards the ongoing anti-hijab protests.

Several pictures from across the globe are doing rounds on social media. Famous female politicians and singers have been extending their support to the movement. Women are publicly removing their hijabs and chopping off their hair. It is their way of standing in solidarity with the anti-hijab protests happening worldwide.

Islamic regime is trying to crush the protests. Dozens of people have been killed and many have been detained. Protesters are defying the repressive practice of hijab in Iran. From streets of Iran to the EU parliament and now on the streets of Mumbai, the death of Mahsa Amini has sparked a wave of popular unrest worldwide.

The 22-year-old Iranian woman Mahsa Amini was brutally beaten and attacked by Iran’s morality police for not complying with the country’s mandatory dress code. A few strands of her hair were showing out of her Hijab. The woman later succumbed to her injuries and died after three days of struggle in the state hospital.

After the 1979 Islamic Revolution, the Iran government made it mandatory for its women to wear a head-covering hijab. The regressive Islamic law applies to Muslim or non-Muslim women. Several Iranian women have been the victims of this regressive policy of the state and suffered at the hands of the extremist religious customs.