Indira crushed Khalistanis like mosquitos: Kangana; May soon bring her film on Emergency 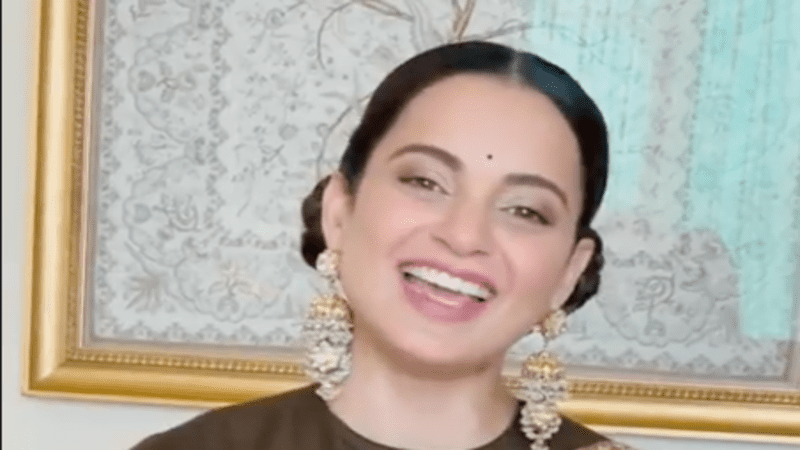 Taking a jibe at them, she posted on her Instagram story, “Khalistani terrorists may be arm twisting the government today…. But let’s not forget one woman…. The only woman prime minister..jinsne inn ko apni jooti ke neeche crush kiya tha…..”

The national award winning actress further said, “No matter how much suffering she caused to this nation… she crushed them like mosquitos at the cost of her own life Lekin desh ke tukde nahi hone diye… even after decades of her death… aaj bhi uske naam se kampte hain yeh…. Inko vaisa he guru chahiye…”
“With the rise of Khalistani movement. Her story is more relevent than ever. Very soon bringing to you, Emergency,” she added.

Kangana made these comments after Prime Minister Narendra Modi’s announcement to repeal three farm laws “in the interest of the country.” Modi maintained that the laws are good for the farmers. But, he is repealing them for the sake of country. Modi has admitted that his government failed to make a section of farmers understand the benefits of the laws.

Its President, Manjinder Singh Sirsa, tweeted, “Kangana Ranaut wants communal violence. Her hatred against Sikhs so evident. How when Farm Laws are repealed; she has started 1984 taunts to provoke Sikhs. I urge @ianuragthakur Ji to get her social media handles banned. We are filing criminal case against her for hate-mongering.”

Sirsa is fan of Bhindranwale – Netizens

Replying to Sirsa, one tweeter user Bhardwaj, tweeted, “Kangana Ranaut spoke against Khalistanis. Why is Sirsa offended? Because Sirsa is himself a fan of Bhindranwale.”

Another tweeted, “Sirsa is enemy of true Sikhs. He opposed CAA. Provided legal team to hoodlums of 26th January.

Now he is rattled because Kangna praised Indira Gandhi how she handled [email protected] Sirsa ko kyu problem hai unless…….”

Posting a picture of a news channel’s debate which had the title as “Is standup comedy crime in India?”, Shefali Vaidya, tweeted, “Really? So everyone is this country can ‘speak their mind’ except Kangana Ranaut?”