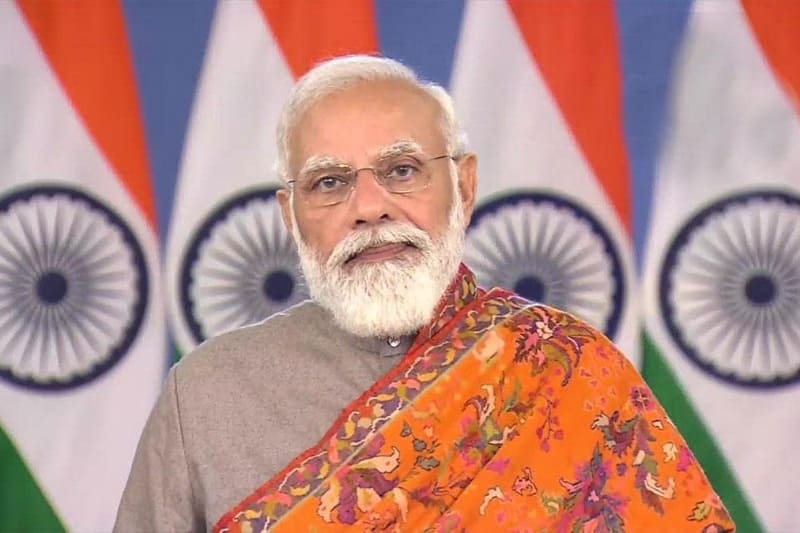 Apologising to the nation that the centre government could not make the farmers understand the benefits of the farm laws, Prime Minister Narendra Modi today announced to repeal the laws on the pious occasion of Gurpurab.
He appeared live at 9 am today. The PM said, “….today I am seeking apology from the countrymen with pure heart.

I want to say perhaps there may have been some shortcomings in our tapasya that we could not explain the truth, as clear as the light of the diya, to some of our farmer brothers.”
He further, said, “Today is Guru Nanak Dev’s Parkash Parv, this day is not about finding a fault in anyone. I have today come to tell you that we have decided to repeal the three farm laws. We will fulfill the constitutional process of repealing of the laws in the coming Parliament session scheduled this month end.”
He also appealed protesters to make a new start from here and return home and work in fields.
However, his announcement drew a mixed response from people.

Varun Galagali, tweeted, “Dear Prime Minister, those who want the laws to be implemented should do the same what Punjab Farmers did? If laws can be repealed or implemented by occupying and vandalising public properties in the name of protest, why do we need elections to elect a spineless government?”
Ramesh Srivats, said, “Actually, I did think the #farmlaws were sensible, but who am I to know. Maybe the farmers didn’t like it. Or the middlemen didn’t like it. Or the middlemen made the farmers not like it.”

Many hailed the move. Naveen Patnaik, CM, Odisha, said,”Welcome Hon’ble PM @narendramodi ji’s decision to repeal all 3 #FarmLaws, in the best interests of the country and its farmers. Your farms and families have been waiting for long and they will be happy to welcome you back. @bjd_odisha continues to stand with the farmers.”

Former Punjab CM Captain Amarinder Singh, who has met Home Minister Amit Shah for this several times, tweeted, “Great news! Thankful to PM @narendramodi ji for acceding to the demands of every punjabi & repealing the 3 black laws on the pious occasion of #GuruNanakJayanti. I am sure the central govt will continue to work in tandem for the development of Kisani! #NoFarmers_NoFood @AmitShah.”

Senior fellow at Observer Research Foundation, Sushant Sareen, opined, “The #FarmLaws were for development of Kisani but the sort of mindless dependence on the mammaries of the state is the reason why Punjab is so messed up, uncompetitive, corrupt. A people who were once industrious are now rentiers. What a fall of a people and a state.”
“Today is a good day for people to once again read “why nations fail,”he added.

But it not likely that the protesters will move soon.

“We are not immediately standing down from the protests. We demand legal guarantee for MSP, which is still pending. And cancellation of all FIRs against farmers,” said some protesters at Ghazipur border.
Some said they will wait for the parliament session for repealing of the laws. Meanwhile, there are celebrations in various parts of India as farmers thanked the PM.