If a piece of clothing was initiated as a compulsion, it can not be termed as a choice. The idea behind Hijab is that a woman's body belongs to her husband therefore she does not have right to show it to anyone else. 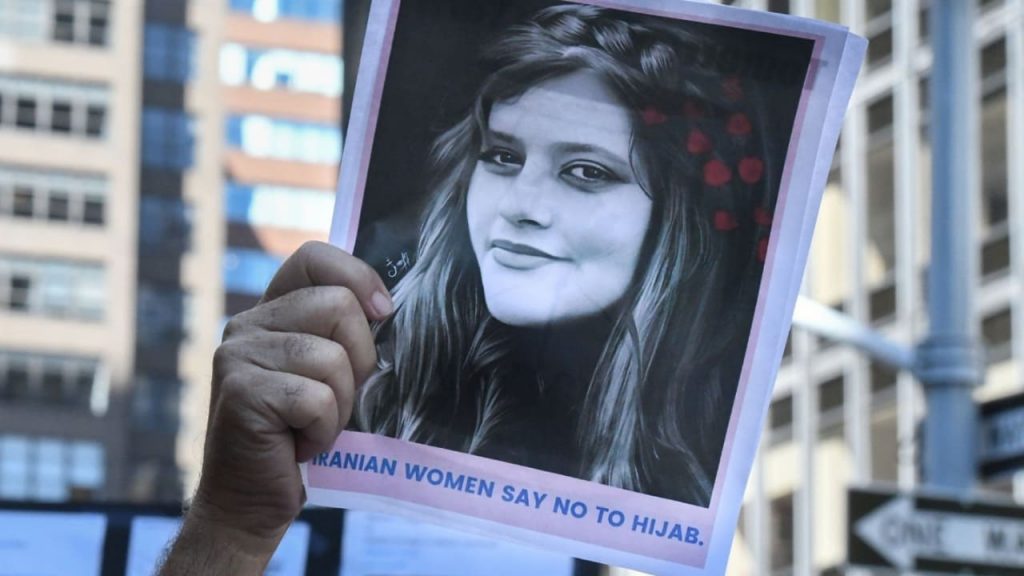 Women in Iran are out on the streets. They have started a revolution. A revolution that started about three weeks ago. And there are no signs that the women are willing to accept defeat.

This is a major achievement of these brave women. More so, because they are revolting against the Islamic regime of a theocratic country. The have morality police has suppressed them for too long.

The Islamic regime has cleverly named this morality police as Guidance Patrol. In effect, it is the Islamic “Muhtasib” system of keeping check. During medieval times, Muhtasibs were Islamic clerics. Their job was to ensure that public adheres to Islamic code of conduct. It automatically meant enforcing Hijab on women. Today they do the same job, albeit in the name of Guidance Patrol.

Misagh Parsa has documented working of this “police” in her book, “Democracy in Iran“. The mere fact that more than 2,00,000 women were taken to police stations for not wearing Hijab is spine chilling. Just in a period of three months of 2014. The morality police forced them to submit written undertaking that they will wear Hijab.

If a state has to enforce something, it can not be a choice. The sheer number of women standing up against this oppression is an indicator to this effect.

Before the advent of Islam, women in Arabia enjoyed freedom in every sense. There was no gender discrimination. It all changed when a person called Muhammad introduced a new ideology called Mohammedanism or Islam.

Just two examples should suffice. The great-grandfather of Muhammad was Hashim. On a business trip to Medina, he saw a very impressive lady in the market. She was a business woman called Salma. He sent proposal to marry her. Salma was a divorcee. She set her own conditions to get married.

Second example if of the first wife of Muhammad. Her name was Khadija. She had been married twice and at age 40, she was a divorcee. She employed Muhammad for his caravan. He was 24. Impressed by young Muhammad’s way of talking and business, she proposed to him. Muhammad, who was a nobody, accepted the proposal.

The marriage lasted 25 years. As long as she was alive, Muhammad did not marry any other woman. It was after 15 years of marriage that he started claiming his prophethood.

When Khadija died at age of 65, Muhammad was fifty. He could not gain many followers. Muhammad migrated to Medina where he became successful. He gained followers willing to raid Caravans coming from Mecca.

In next 10 years, Muhammad married ten women. He picked some of them up during raids on the nearby tribes. Many times after killing her family members. If a woman did not consent to “marry” Muhammad, he inducted her in his harem as his concubine.

As a result, now, there was an ageing prophet with a harem full of young and beautiful women. The followers would be lurking around his dwelling place. The Quranic God called Allah “revealed” verses regarding veiling of Muslim women.

Does it look like women have a choice? Notice the authoritative words and tenor – “not to show” “not to reveal”, “not stamp their feet”.

Under the title “The etiquette of Women walking in the street”, here is what Ibn Kathir says:-

By the same token, women are also forbidden to walk in the middle of the street, because of what this involves of wanton display. Abu Dawud recorded that Abu Usayd Al-Ansari said that he heard the Messenger of Allah, as he was coming out of the Majid and men and women were mixing in the street, telling the women:

“Keep back, for you have no right to walk in the middle of the street. You should keep to the sides of the road.”

The women used to cling to the walls so much that their clothes would catch on the walls.

The reader can draw his/her conclusion as to whether Hijab has been a choice or oppression of women.

And yet, a section of media is trying to portray Hijab as a choice for women. Bollywood is silent. Perhaps, the fear of Islamists has got their tongue. Some, like Geeta Mohan of India Today have supported Iranian women.