When Congress was busy blaming Hindutva, Maharashtra was burning over rumours 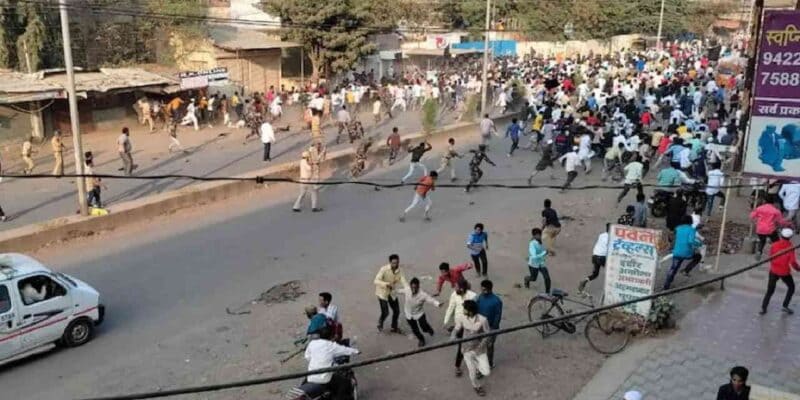 They targeted local shops, pelted stones and blocked roads, as per reports. Some policemen also suffered injuries during the ‘protests’. It has led to a sense of fear and insecurity among people of the region there.

However, the print and electronic media, in news, debates and opinion pieces, kept discussing the definition of Hindutva. But, communal violence in Maharashtra did not get the due news coverage.

In fact, it was not prominent news for most of the newspapers and news channels. On the contrary, the focus was on defining Hindutva. Or, whether Hindutva is secular or not. The trigger was Rahul Gandhi’s controversial statement. In the video he was seen saying that Hinduism is not about beating a Sikh or a Muslim.

While media outlets were discussing Rahul’s inanities, Maharashtra was suffering. The rumours that a Masjid had been attacked in Tripura triggered the violence. At least three cities suffered from the violence: Nanded, Malegoan and Amravati.

Once again it was a Friday on which the communal violence was started. Law and Order situation was so bad that curfew had to be imposed and internet services were suspended in different parts of the state.

Though, it cannot be verified if any religious building was attacked or not, but it does not give a right to Muslim mobs to go on rampage. It can not be a licence to block roads, force-shut shops and disturb the lives of general public.

No community should be allowed to take law and order in its own hands. If any incident took place in one part of the country, we must trust the democratic system. It is for the concerned state police to take legal action. Why should we burn our cities?

No sane man would justify such violence. But then, perhaps that is the definition of secularism in our country. Majority is time and again asked to prove its secular credentials while those who play minority card go scot-free.

Maharashtra Home Minister Dilip Walse Patil has appealed to citizens to maintain law and order.
Meanwhile, a curfew has been imposed for four days in Amravati city. The city saw fresh violence earlier this week. Police department has made special arrangements to restore law and order.