Once a sought after celebrity, his misogyny and uncouth behaviour has led to his fall 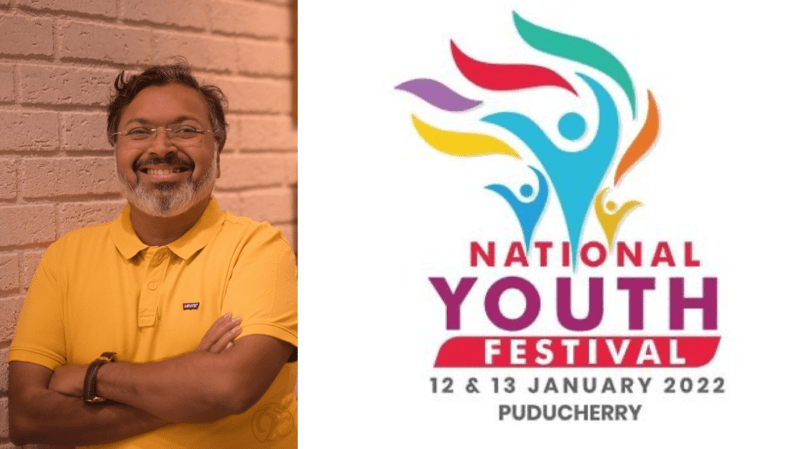 Unlike Islam and Christianity, Hinduism is not a religion of a book. No one can understand it by reading a single book. It has a vast library. It has Vedas, Upanishads, Vedãngas, Aranyakas, Puranas, Shad-darshanas, Mahãbhãrat, Rãmãyana and many more.

Even modern-day Hindus find it difficult. They themselves have many questions. When Devdutt Pattanaik started answering these questions, Hindus just lapped him up. His books became best sellers. His TV shows became a hit. Hindu organisations started inviting him for talks.

But all that has changed. Now, he is not the cynosure of Hindus that he used to be. People dissect his tweets. His former fans don’t miss any opportunity to call him out.

The Ministry of Youth Affairs and Sports is conducting a two-day event titled “National Youth Festival”. The ongoing event has started today and will be concluded tomorrow. Ministry had invited Pattanaik as one of the speakers for today.

When citizens saw this on Twitter, they got furious. Individuals dug out his misdeeds and tagged them to the concerned minister. As a result, his session was not broadcast due to “technical difficulties”.

Who is Devdutt Pattanaik

He calls himself a mythologist. But, numerous sources on the internet use different titles for him. He is an illustrator, speaker and author. Although born in Odisha, Devdutt is a qualified doctor from Mumbai. He claims that he has done a course on comparative mythology from Mumbai University.

His language is simple. He is a good communicator in Hindi as well as English. His articles appear in leading newspapers. The explanations he gives are also simple. The animations on his shows are simple and elegant.

In short, he was a dream come true for most of the Hindus. But not all the Hindus. There is a saying, “When something appears too good to be true, it normally is”. There are always some who don’t take things at their face value. People started cross-checking his claims.

The results were not very good. In fact, they were shockingly bad. He proved to be over-simplistic. But, had that been the only problem, Devdutt would still have been an icon.

When analysts put his writings under a scanner, a pattern started emerging. They found that he was distorting, misrepresenting and also lying about Hindu scriptures. In this digital age, people starting confronting him with facts.

For example, Nityanand Mishra exposed his claims through Twitter.

Nityanand Mishra is from IIM and works in Financial Industry. He has good command over Sanskrit. Another IIM alumnus Abhinav Agrawal also dissected the works of Devdutt. Especially, Pattanaik’s book “The Illustrated Mahabharat“. Abhinav found numerous errors in his “7 secrets of Vishnu“.

Devdutt Pattanaik did not take the criticism in its true spirit. Instead of acknowledging his shortcomings, he started behaving rudely on social media platforms. It was this boorish behaviour that became his undoing.