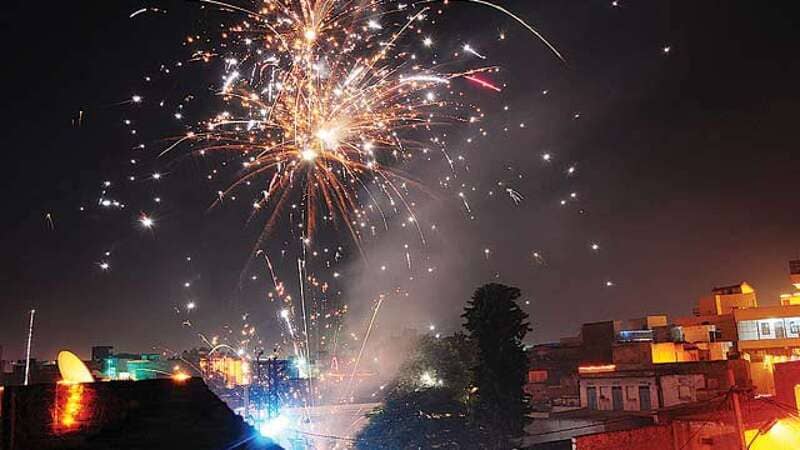 At last, there is some good news for Hindus, ahead of the festive season. The Supreme Court on Monday set aside the Calcutta High Court order that had imposed a complete ban on sale and use of firecrackers during Kali Puja, Chhath Puja, Diwali and other festivals this year. The application against the harsh order of West Bengal High Court was filed by Chairman of West Bengal firecrackers manufacturers association.

The apex court also directed the West Bengal government to explore the possibility to ensure that banned firecrackers and related items are not imported in the State at the entry point itself. The SC called the High Court order ‘extreme’

The high court had ordered the blanket based on a PIL filed by “social worker” Roshni Ali seeking a complete ban on firecrackers.

Ali had petitioned that bursting of firecrackers will increase air pollution and lead to breathing problems for Covid-positive patients.

There can not be a complete ban on firecrackers. The mechanism must be strengthened to stop misuse – Supreme Court

In another development, the Orissa High Court today allowed the bursting of the green crackers between 8 PM and 10 PM only.

There was a ban, earlier, in the state.  As per reports, the court permission is for the sale and use of green crackers, which are approved by Petroleum & Explosives Safety Organisation (PESO).

But, some authorities like the Chandigarh Administration continue to sleep over the matter. The Union Territory of Chandigarh was earlier in news for announcing complete ban on sale and use of crackers ahead of Dushehara and Diwali.

Chandigarh police has even registered FIRs against Ramlila Committees and other organizers for stuffing crackers in the effigies of Ravana, Meghnath and Kumbhakarna. Now, more people will face the prospects of FIRs for bursting crackers while celebrating Diwali in Chandigarh as till now the administration has not budged on its blanket ban.

Diwali blanket ban has always faced criticism from the majority of people. There is a growing feeling that bans are always imposed on one community’s festivals where as other communities go scot-free even while committing barbarous torture to animals in the name of religion.