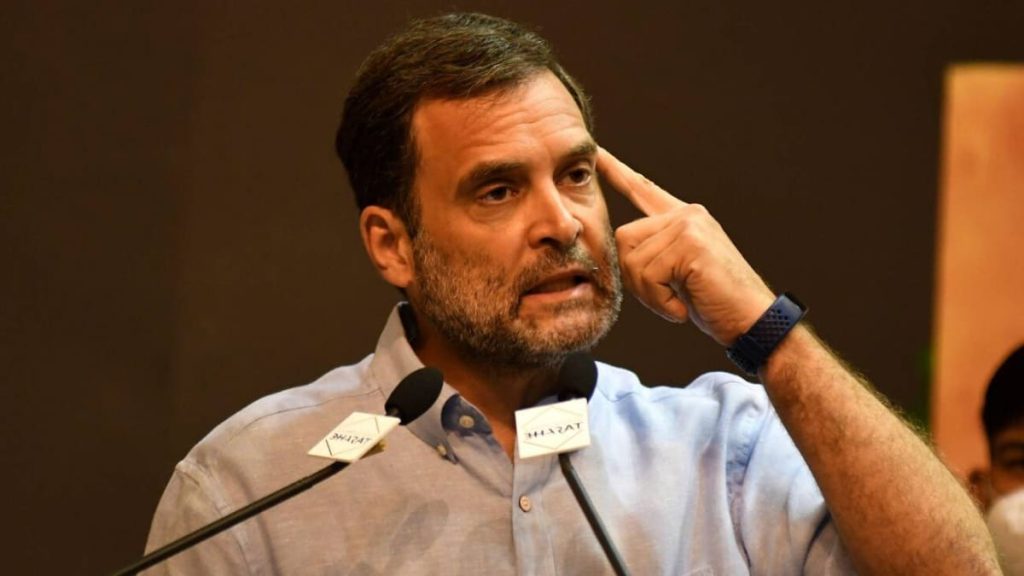 Mumbai: Freedom fighter Veer Savarkar’s grandson Ranjit Savarkar has severely criticised Congress party on Thursday. He said that Congress defames the iconic freedom fighter whenever BJP is in power. The Gandhi family party has been defaming Savarkar. More so since 1999 when AB Vajpayee government was at the helm of affairs, he said.

Prior to it, almost all Congress leaders including late Prime Minister Indira Gandhi were showering encomiums upon Savarkar.

Among other Congress leaders who honoured the respected freedom fighter was Babu Jagjivan Ram who had inaugurated Savarkar’s memorial. Sharad Pawar, who is an ex-Congress man, had visited the memorial and gave a half-hour speech praising Savarkar, Ranjit said.

Congress has been defaming Savarkar since 1999, perhaps, because they could not find any other issue to fight against the spotless governance given by Vajpayee, he told Republic TV. But, again Congress put “Hate Savarkar” campaign on the backburner when it came to power in 2004, Ranjit said.

Now that Congress party is out of power since 2014, it has started its campaign against Savarkar under Rahul Gandhi’s leadership, who keeps on hurling slurs on Veer Savarkar, despite the people of India rejecting the party election after election.

Today, during Bharat Jodo Yatra in Maharashtra, the Gandhi scion claimed that Savarkar helped the British by presenting a letter written by him in which he addresses the British as “your most obedient servant.”

Reacting to it, Ranjit said it was a practice then to sign the letter with your most obedient servant and also Mahatma Gandhi had signed a letter using the same phrase. “That was the order of the day … I have decided to put an end to such stupidity and so I filed a police complaint today,” he revealed.

Rahul Gandhi has resorted to Savarkar-bashing as his Bharat Jodo Yatra is not getting enough momentum. He may be thinking that such disparaging remarks against the iconic Veer Savarkar would generate national debate.