Promotion of Islam rolls on at Qatar FIFA World Cup 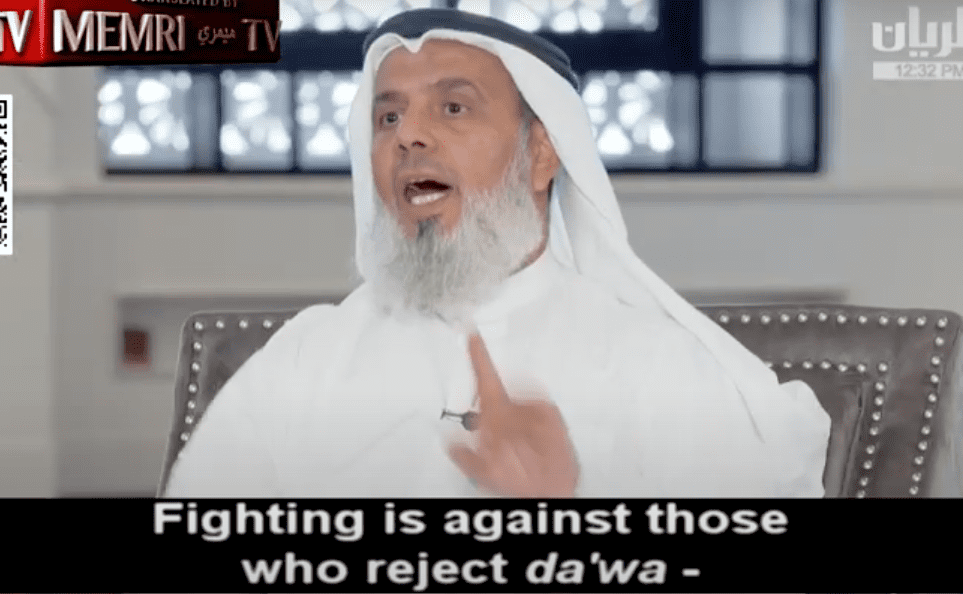 New Delhi: It is a little known fact that Islam is a predatory ideology. Instead of focussing inwards, it forces others to convert. This ugly aspect is at full display in Qatar nowadays. The juggernaut of promoting Islam in Qatar during the ongoing FIFA World Cup is rolling on in full steam.

A fresh video of Dr Shafi Al-Hajri, an Islamic professor, has gone viral on social media. In the video dated November 25, Shafi is talking about fighting non-Muslims for rejecting Islam and refusing to pay Jizya toll tax.

“Fighting is the third stage of spreading dawah (proselytization). First, we call people to Allah, and if they accept, then they will have the same duties and rights as we have. If they refuse (to convert to Islam) then they have to pay the jizya toll tax,” he said in a show broadcast by Al-Rayyan TV based in Qatar. Dr Shafi further said: “(They have to pay) the jizya toll tax in order to receive protection from others. The third stage is fighting them, if they refuse (to pay).”

Shafi is explaining the typical Islamic supremacist reality. There is nothing called free choice in Islam. First they ask the non-Muslim to convert. If he/she refuses, then he/she has only two choices. Either he/she has to become a second-class citizen called Dhimmi/Zimmi. A Dhimmi survives as a non-Muslim by paying a humiliating tax called Jizya.

If he/she refuses to pay Jizya, then Muslims start fight with him. The Islamic term for this fight is Qital/Jihad. Qital is derived from the root Q-t-l which means ‘to kill’.

Of late, Qatar has come under attack for adopting various means to convert non-Muslim visitors who have come to witness the ongoing 2022 FIFA World Cup taking place in the country.

The Katara Cultural Village Mosque in Doha, the capital of Qatar, has become a hotspot for the proselytization of the non-Muslims visitors. At the mosque, multilingual male and female preachers are explaining Islam. Funnily, they are even preaching “tolerance” in Islam to the gullible visitors.

Authorities are encouraging visitors to watch electronic boards displaying messages about Islam. These messages are on display in 30 different languages. Islamic evangelists are distributing books about ‘greatness’ of Islam.

the presence of hate-speech master Zakir Naik in Qatar also hints that Qatar is using FIFA as an opportunity to promote Islamic hegemony. Naik is a fugitive who is wanted in India in a money laundering case. A video from 2016 too went viral where he is seen converting people to Islam in Qatar.