Zakir Naik, the Islamic preacher is a fugitive of Law enforcement agencies of India. He faces charges like hate speech and money laundering. 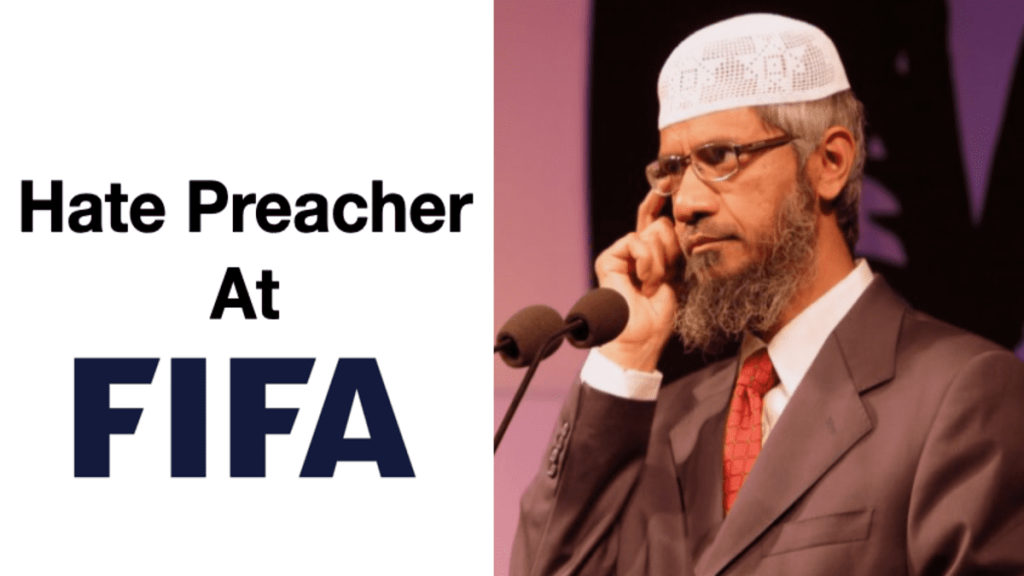 New Delhi: India has raised the issue of extradition of Zakir Naik with Qatar which is hosting FIFA World Cup 2022. India’s Law enforcement agencies have accused him of hate speech and money laundering. The presence of the hate speech accused at FIFA 2022 is an opportunity for India to get to Zakir Naik.

“The issue of Zakir Naik, a wanted man in India has been raised with Qatar,” MEA Spokesperson Arindam Bagchi told reporters at a press conference.

India raised the issue in the backdrop of Naik’s presence at the FIFA World Cup 2022 in Qatar.

Qatar, however, has been unable to explain Naik’s presence in that country. It has stated Qatar has not officially invited the hate speech accused to attend the World Cup, Bagchi said.

Presence of Zakir at such a prominent event, exposes the double standards of not only Qatar but of west also.

On November 23, momentum gathered against Naik’s alleged invitation to attend FIFA World Cup in Qatar. It all started with Goa BJP Spokesperson Savio Rodrigues appealing to the Centre and Indian Football Associations to boycott the mega event.

Earlier, some sources had alleged that Qatar had invited Zakir Naik to deliver lectures on Islam during the ongoing FIFA World Cup.

Savio argued that by inviting Naik to the mega event amounts to giving a platform for terror sympathiser. It amounts to spreading hatred when the world is fighting a war against terrorism.

Naik, faces charges of money laundering and hate speeches in the country is a fugitive. Union Home Ministry had declared Zakir’s Islamic Research Foundation (IRF) unlawful and banned it.

Naik had escaped to Malaysia in 2016. Malaysia has granted permanent residency to Zakir Naik. It was just before the National Investigation Agency started a probe against him. He is at present a Malaysian citizen.

India had earlier requested Malaysia for his extradition, which is still pending with it.