Iranians protesting against regressive practice of enforcing Hijab on women are being killed by Islamic authorities by citing verses of Quran. 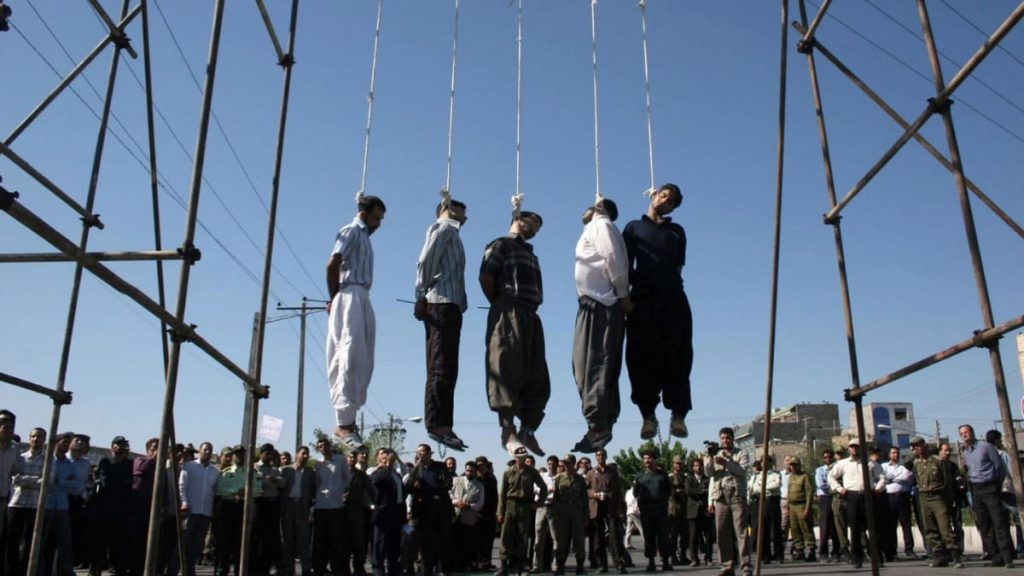 The apologists of Islam claim that Quran abhors violence. For this, they play a trick. They quote selective and partial verses from this medieval book. Especially, verse 32 of chapter 5 (5:32). They claim it does not permit killing of innocents. Ironically, it is due to this very verse from Quran that is the reason for murder of numerous innocents in Iran. Let us take look at the latest victim of this book.

His name is Javad Rouhi. As per reports, the Islamic regime of Iran has sentenced him for three death sentences. Authorities have charged him with “apostasy”, “waging war against Allah” and spreading “corruption on earth”.

For a normal Hindu or a westerner, these charges sound strange or far fetched. But then, this is exactly what Quran preaches. Take a look at 5:32 and 53

For that cause We decreed for the Children of Israel that whosoever killeth a human being for other than manslaughter or corruption in the earth, it shall be as if he had killed all mankind, and whoso saveth the life of one, it shall be as if he had saved the life of all mankind. Our messengers came unto them of old with clear proofs (of Allah’s Sovereignty), but afterwards lo! many of them became prodigals in the earth.

The only reward of those who make war upon Allah and His messenger and strive after corruption in the land will be that they will be killed or crucified, or have their hands and feet on alternate sides cut off, or will be expelled out of the land. Such will be their degradation in the world, and in the Hereafter theirs will be an awful doom;

Incidentally, verse 5:32 was quoted by ShahRukh Khan to show the “tolerance” of Islam. He quoted it during numerous interviews. Later on, when the Islamic propaganda movie “My Name is Khan” was produced, same verse was quoted.

Wage War and Mischief in Quran

Just for a moment, think about the term “wage war against Allah”. Even if there is a God, why would he insist on being called Allah? More importantly, can a mere human wage war against an almighty God? There is no logic or sense in these statements. But then, that is exactly what superstition means. One should not use his logic, brain or intellect. Just submit to the clergy.

The Islamic clergy relies on commentaries written by “Islamic scholars” to understand the meanings of terms in Quran. The most famous of such commentaries is one by fourteenth century “scholar” Ibn Kathir. Here is what he says:-

`Wage war’ mentioned here means, oppose and contradict, and it includes disbelief, blocking roads and spreading fear in the fairways. Mischief in the land refers to various types of evil.

Expelled out of land

Here is how Ibn Kathir explains this term from Quran:-

It means, he is actively pursued until he is captured, and thus receives his prescribed punishment, or otherwise he escapes from the land of Islam.

So, expelled does not mean deportation or exile. It means Islamic bigots will pursue him/her. If he/she is caught, then the bigots have right to kill or crucify or amputate him/her. If the “culprit” escapes the clutches of Islamists, then he is expelled.

Javad is not the only one

Since Javad could not escape the Morality police of Iran, he is awaiting his death sentence.

Javad is not the only one awaiting his death sentence. At least two more, Kimia Javadi and Mehdi Mohammadifar, are awaiting death sentence. According to human rights organisations, Islamic authorities have arrested at least 109 Iranian citizens. Their only crime was that they were protesting against the regressive Islamic dress code of Hijab for women.