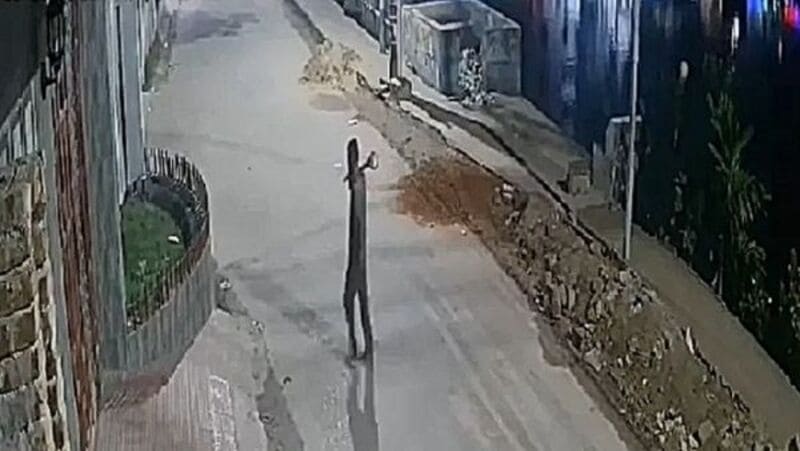 Police have identified Iqbal Hossain, who had planted Quran at the holy Puja
mandap of Hindu community, that led to triggering of communal violence by frenzied Muslim mobs on Hindus and their temples in Bangladesh. Iqbal, son of Noor Ahmed Alam, is a resident of Sujan nagar area of Comilla.

As per news reports, Hossain, who is still at large, had allegedly kept a copy of Quran, in a Puja pandal in Cumilla on the occasion of Durga Puja. Videos footages of the CCTV cameras showed the man walking into a Durga Puja venue with Quran. He was later spotted walking away with the mace of Hanuman a revered deity of Hindus. So far, the police have arrested 450 people and lodged 72 FIRs, said reports.

Due to this, a group of Muslims had alleged desecration of Quran. It is said
the attacks intensified in Bangladesh since last Wednesday after images of Quran kept in the Puja pandal went viral on the social media.

On the basis of mere allegation, the maddening Muslim mobs launched attacks on different Durga pandals in Comila and other places.

The radical Islamists attacked temples, broke Murtis of Mother Durga, torched vehicles, houses, businesses, killed three Hindus and injured several others. As per a report, more than 100 houses were damaged and set at least 20 homes of Hindus on fire on Sunday.

The rounds of assaults show utter intolerance on part of the people who attacked the Hindu minority, who form about 10 percent of the total Bangladesh population.

As a whole, attacks on Hindus/Sikhs have been on the rise in Pakistan, Afganistan and Bangladesh, but the world has been a mute spectator. Earlier, incidents of attacks on temples and gurdwaras have been reported frequently from Pakistan and Afganistan.

Such repeated incidents reinforce the need of implementation of CAA as soon
as possible. The CAA has bee drafted to protect the minorities facing religious attacks in these countries.