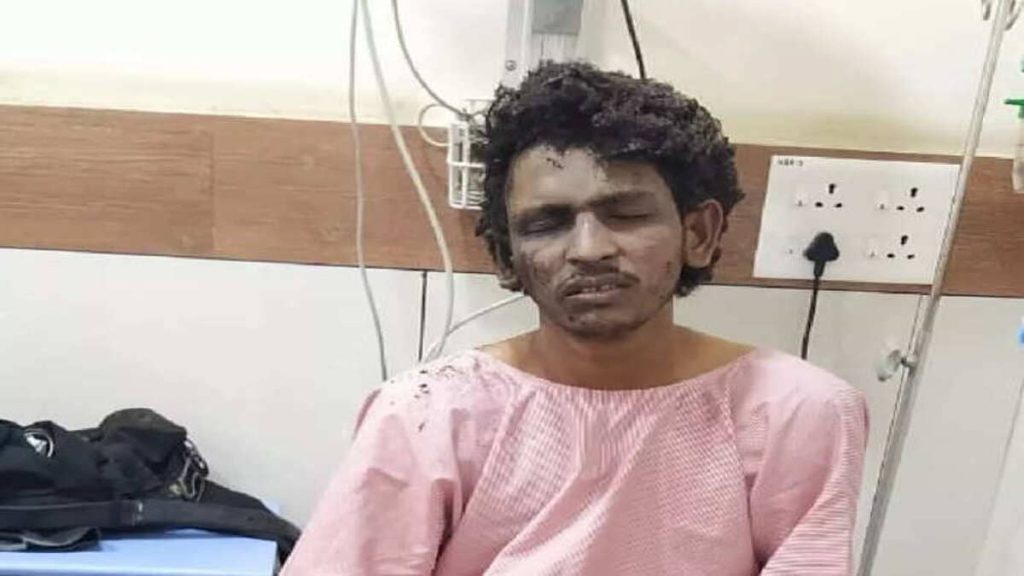 Mangaluru: The role of Mohammad Shariq is emerging after police investigation in Mangaluru blast. An explosion occurred on Saturday inside a moving autorickshaw, causing fire and heavy smoke. The driver and the passenger sustained burn injuries.

After declaring it as an act of terror, Karnataka police was able to identify the passenger as Mohammad Shariq. who was traveling in the ill-fated auto.

Shariq and the driver were badly burnt and shifted to a hospital. In subsequent investigation by questioning them, the police found out that it was not an accident, but an act of terror.

Here is an explainer of how Shariq tried to carry out the attack. It is based on the press conference that ADGP (Law and Order) Alok Kumar held in Mangaluru.

The passenger who was injured in the blast was carrying a Fake Aadhaar card. The name on it was Premraj Hutagi.

Hubballi police visited the address mentioned in the Aadhar card for investigation. There they realised that the passenger had impersonated his identity His actual name is Mohammad Shariq.

The police realised that Premraj is a railway employee working as a gangman in Tumakuru. He had lost his Adahar card about 2 years ago. But he had not lodged a police complaint. He had just applied for a fresh card.

Besides Premraj’s Aadhar card, Shariq also possessed two other Aadhar cards in the name of Arun Kumar Gawli. He had also visited Coimbatore, Kerala and Mysuru.

After staying in Mysuru, Shariq went to Mangaluru a week ago. He booked a room in Mangaluru by using the fake Aadhar card. Thereafter he conducted recce of the city with an intention to carry out blasts in coastal region of Karnataka.

Probably to execute the terror act, Shariq hired an autorickshaw driven by Purushottam Pujari. He had hired the rickshaw at Nagori Bus Station on the outskirts of Mangaluru. The destination was Pumpwell Junction on Saturday evening.

While travelling, a blast took place in the auto and it was engulfed in dense white smoke. The investigations revealed that it was not an accident, but a terror act. Shariq was carrying a bag consisting of a pressure cooker laden with explosive material.

As a result, Shariq and Purshottam suffered burn injuries. Police reached the spot and shifted them to hospital for treatment.

As the police were shifting Shariq to the hospital, the police tallied his photographs available in their records. The cops suspected him to be the same person who was arrested for carrying out trial blasts at Tunga River. Shariq had carried out the blast in Shivamogga on September 19. Later court released him on bail.

The police summoned Shariq’s family members in Mangaluru today for confirmation which they did.

Before this exercise, police had already gathered detailed information on Shariq. They found out that he had at least three handlers. These handlers are Mussavir Hussain, Abdul Matin Taha and Arafat Ali. They belong to different terrorist groups.

The police are looking at the finance angle pertaining to the case, and also at the possible link between Mangaluru blast and Coimbatore blast case.

Shariq is a resident of Thirthahalli in Shivamogga district and has a criminal past and had alleged links to the Islamic State. He allegedly had stabbed one Prem Singh in Shivamogga on Independence Day, an incident that occured over VD Savarkar’s poster controversy.

He was absconding in the Shivamogga case and also was an accused in the graffiti case in Mangaluru and on bail in this case.

The graffiti case refers to the incident on 27 November 2020, a day after the anniversary of the Mumbai terror attacks, when graffiti sympathising with the Lashkar-e-Taiba (LeT) had emerged on the wall of an apartment complex in Kadri.