The DGP has confirmed that the Mangaluru explosion was not an accident but an act of terror. Major Terrorist organisations may be involved. 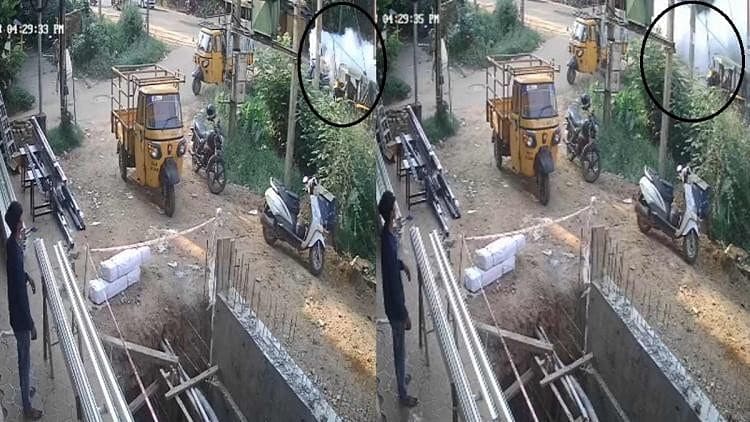 Mangaluru: Karnataka DGP Praveen Sood on Sunday confirmed that the blast in the moving autorikshaw was not an accident, but an act of terror.

“It’s confirmed now. The blast is not accidental but an ACT OF TERROR with intention to cause serious damage,” Sood tweeted.
The Karnataka police is probing deep into it along with central agencies, he tweeted.

Karnataka Home Minister Araga Janendra also confirmed that the incident was an act of terror.

“Yesterday afternoon in Mangaluru, an explosion was reported in a moving autorickshaw. The driver who was injured in the mishap is undergoing treatment. He is not in a position to speak yet. However, after the investigation, the Karnataka police has confirmed it is an act of terror,” the minister said in a video message.

We will be able to get a comprehensive detail within a day or two, Jnanendra said. Police suspects that it is a handiwork of major terrorist organisations.

The minister said that the agencies have initiated probes into similar incidents that took place in last few years in the coastal belt of Karnataka. He added that investigations will reveal the truth of these incidents pretty soon.

Also a team of central agencies have reached Mangaluru, he said.

Yesterday a CCTV footage posted on social media had gone viral. The auto rickshaw visible in the video exploded and went up in flames. The driver and the passenger who was carrying a bag suffered burn injuries due to the flames. Both of them are undergoing treatment in local hospital.

Yesterday, Mangaluru City Police Commissioner N Shashi Kumar had appealed to the people not to panic as the initial probe suggested that the autorickshaw exploded after catching fire.

When asked was it a terror act, he had said: “We don’t know anything prima facie. However we have sought the help of the FSL and special team to verify the blast material at the spot.”