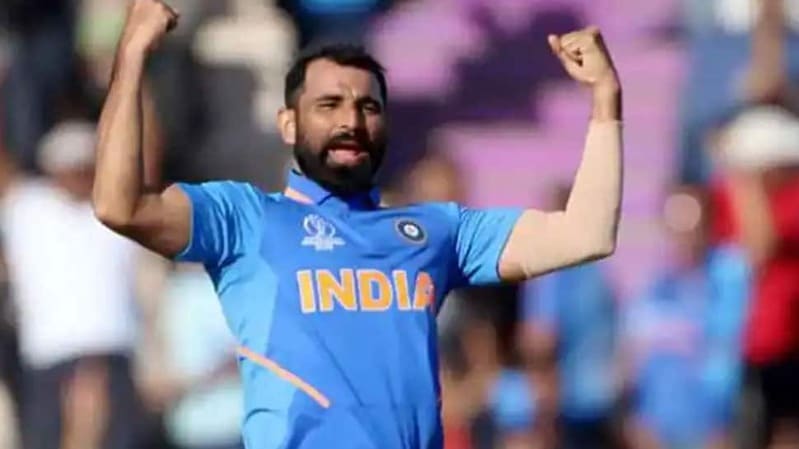 It seems Team India captain Virat Kohli has fallen into the trap laid down by Pakistan.
At a time when there are reports that no one attacked Mohmmad Shami on religious lines for his performance in India-Pak T-20 and it was Pakistani propaganda and ISI Bots, Kohli has raised the bogey of “attacking Muslim.”
Kohli said, “To me attacking someone over their religion is the most, I would say, pathetic thing that a human being can do. Everyone has the right to voice their opinion and what they feel about certain situations, but I personally have never ever even thought of discriminating [against] anyone over their religion. That is a very sacred and personal thing to every human being and that should be left there.”

“They have no understanding of the fact that someone like Mohammed Shami has won India ‘n’ number of matches in the last few years and he’s been our primary bowler with Jasprit Bumrah when it comes to making an impact in games in Test cricket. I mean, if people can overlook that and his passion for the country, I honestly don’t even want to waste one minute of my life to give any attention to those people. Neither does Shami and neither does anyone else in the team. We stand by him fully. We are backing him 200 percent, and all those who have attacked him can come with more force if they want to: our brotherhood, our friendship within the team, nothing can be shaken,” he added.

However, as per several reports, the Indian pacer was abused over his religion by Pakistani accounts, ostensibly in a bid to present India in a bad light.

Several Twitter accounts from which Shami was attacked were created very recently. These tweets were then amplified by usual suspects who are known for spewing venom against India.

The hashtag against Shami in a very well-planned manner was orchestrated by Pakistan. Some Pakistani Tweets read “Shami is playing from Pak….he is from ISI.” Such instigating and focused Tweets were done. It led to a trolling.

Otherwise, Irfan Pathan, Yusuf Pathan, Mohammad Azharuddin and many more Indian cricket greats have never been questioned based on their religion. Then why would Shami be questioned now? Accusing India’s cricket fans is a disrespect to them.

But, perhaps owing to his arrogance, Kohli played in the hands of Pak’s plan and unknowingly aided in the efforts to malign India’s image in the cricket world.

Or perhaps, Kohli thought to vent his ire in view of recent online backlash against him over the issue of “giving personal tips on how to celebrate Diwali.”

But, why did the same Kohli not give statement over Pakistan’s players and ministers’ communal talk like…”kufr toot gaya…reading namaz before Hindus..Indian Muslims rooting for Pak.” It seems Virat Kohli should learn to handle success with maturity.