Of BLM, wokeness and “spineless people”: Virat Kohli playing too clever by half 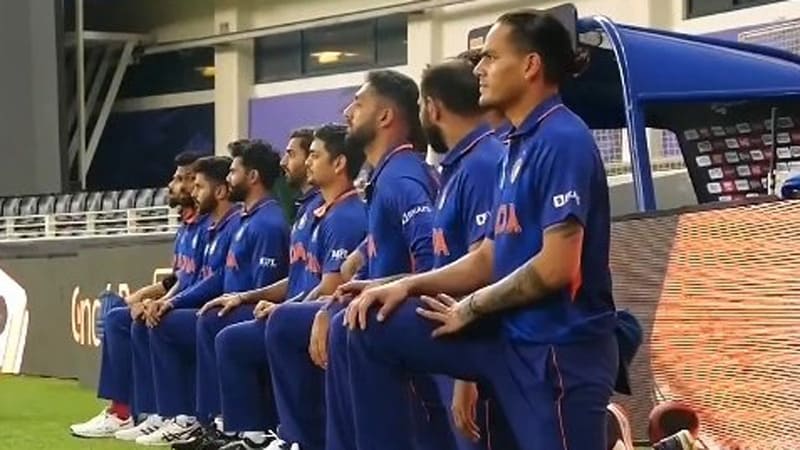 Virat Kohli is a good batsman. He has an impeccable record. This kind of success comes with hard work and years of determination. The grit required to follow a punishing fitness regimen is very rare.

The result is there for all to see. He has followers in millions. By the latest count he has more than forty four million followers on twitter alone. And more than 150 million on Instagram. But then, it is one part of the story.

Of late, he has been offending some sections of his followers. Not due to his cricketing abilities but for his non-cricketing activities. The nation watched with disgust when the Indian Cricket team was seen ‘taking the knee’ just prior to the match with Pakistan.

For those who are unaware, ‘taking the knee’ was popularised by American Football player Colin Kaepernick. It is a symbolic gesture to demonstrate ones stand against racism. Colin used it to attract world attention towards racial discrimination in America, against African origin Americans.

If the gesture is for such a noble cause, then why would Cricket enthusiasts hold it against Indian Cricket team or Virat Kohli? The reason is the sheer hypocrisy visible to the nation. There has been rampant abuse of human rights in West Bengal following the victory of TMC in the state elections. In Kashmir, non-Muslims are being killed by Islamic terrorists for being Kãfirs.

If one does not have the spine to take a principled stand against the atrocities being perpetrated on your own compatriots, then such gestures are bound to expose your duplicity. It is either sheer hypocrisy or an effect of deep seated colonial inferiority complex due to which you have to suck up to western sensibilities at the cost of sufferings of your own countrymen.

One of the netizens had this to say:-

The outrage by netizens was bound to happen, as it did. Kohli could have acknowledged that what they did was wrong and that would have ended the sordid spectacle gracefully. But perhaps Virat Kohli thinks otherwise. He is trying to brazen it out.

To do so, he is using one of the oldest tricks in the book. He has called his outraged fans “spineless people”. To be fair to him he used the term to defend his team-mate Mohammad Shami. He said, “”We’re playing on the field, we’re not a bunch of spineless people on social media. This has become a source of entertainment for some people which is very sad. All this drama created on the outside is based on people’s frustrations.”

This trick is called straw-man argument. It should have been clear to Kohli that Shami had been targetted by Pakistani trolls. Some of those trolls might have been from India also but the issue was not Shami. The issue was Team India’s hypocrisy. Woke media is also trying to create an impression as if Shami’s trolling was the issue and Kohli has defended him like a “worthy” Captain.

This tactic is nothing more that guilt tripping a nation that is feeling cheated by a Team they adore. Although the blame must be shared by BCCI and its current Secretary Jay Shah.