Nand Kishor Gurjar, MLA from Loni constituency of UP, issued an appeal to adopt vegetarian lifestyle as it leads to long and healthy life. 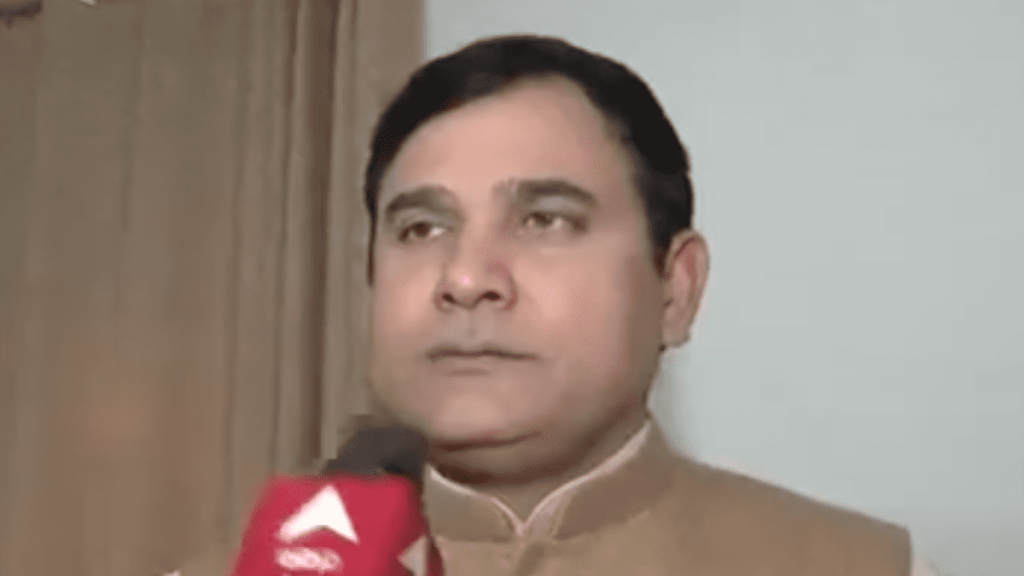 Member of Legislative Assembly of Uttar Pradesh has asked people to adopt vegetarianism. The MLA Nand Kishor Gurjar hails from Loni constituency of UP. He was talking on the issue of banning Halal meat in the state.

Nand Kishor was talking to media persons about bringing a legislation to ban Halal meat in the state. He said that there is growing mass of scientific evidence to support vegetarianism.

He appreciated the efforts to this effect in Karnataka. The MLC N Ravikumar has decided to move a private members bill asking for ban on Halal certification in Karnataka. Gurjar said that he whole heartedly endorses the effort of Karnataka Assembly to curb the cruelty against animals.

Nand Kishor further commented that cruealy butchering hapless animals should not go on. We belong to the land of Sri Ram, Gautam Buddh, Sri Krishan and Lord Mahavir. I have always been against butchering of animals and eating them. Whenever possible, in my constituency, I have taken appropriate steps to curb this menace. Many times media has tried to portray it as a controversy.

Since we have Ram Rajya in Uttar Pradesh, I am in favour of a blanket ban on such cruel activities. I am a staunch supporter of vegetarianism. You know the kind of people who used to eat animals. Traditionally, neither any divine entities nor humans used to eat animals. I appeal through media to everyone to discard unhealthy habit of eating corpses of animals. Now we are not in the era of food shortages. Vegetarian lifestyle is very healthy and powerful. Scientific studies have proved that vegetarians live a long and healthy life.

When asked, whether he will bring a private members bill or raise a demand with the CM to ban Halal meat?, Nand Kishor replied that he has been raising this demand regularly and he has applied it in his constituency.

Gurjar further said, “If some untoward incident takes place, I ensure necessary action. In case of UP, our CM is already a saint, I will talk to the honourable CM about the issue. I will share with him that the cruel manner in which they butcher animals is a grave sin. It needs to be curbed”.