Home Minister Amit Shah announced that a Grand Ram Temple will be open to public on January 1, 2024 at Ayodhya. BJP has fulfilled its promise. 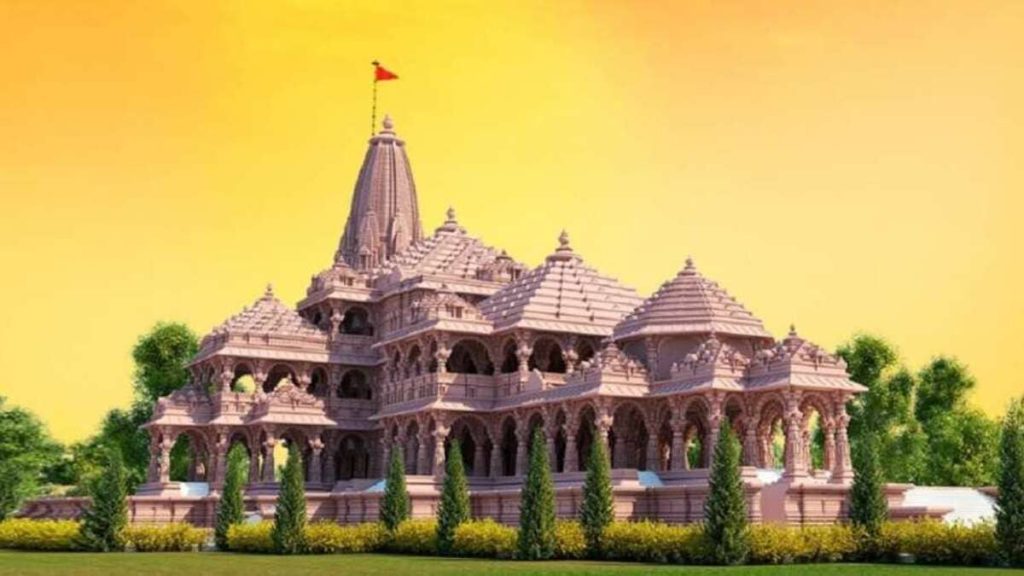 Home Minister Amit Shah has declared that a grand Ram temple in Ayodhya will be ready on January 1, 2024. It is first time that someone has declared the date for opening of the “Bhavya Mandir”.

Shah made this announcement while speaking at an election rally in Tripura. He said, “From the time Babur left after destroying it, from the time the country gained Independence, the Congress people embroiled the matter in courts – Sessions Court, High Court, Supreme Court, again Sessions Court. The Congress kept hindering the construction of the Ram temple. Then, Modiji came. After the Supreme Court gave the verdict, Prime Minister Narendra Modi swung into action. He arranged the Bhumi Pujan and ensured speedy construction of the temple.”

Amit Shah took potshots at the Congress, and its dynast Rahul Gandhi. He told the gathering, “During the 2019 elections Rahul Baba used to taunt us saying ‘mandir vahin banaenge tithi Nahin bataenge.” Today I am telling you the date. Book your tickets as Ram temple will be ready on Jan 1, 2024.”

It will be Ram Mandir complex

The opening of Ram temple could be a major poll plank for the ruling BJP ahead of 2024 Lok Sabha elections. The BJP had shot into national prominence as a national electoral force in the 1990s due to Ram temple movement.

After a long legal tussle, the construction of Ram temple started in August 2020. It was after the Supreme Court handed over the land for the temple. Its foundation stone was laid by Prime Minister Narendra Modi on August 5.

The Ram Mandir will have a pilgrim facilitation centre, museum, archives, research centre, and an auditorium. Besides, it will also have a cattle shed, an administrative building and rooms for priests on the ground floor. The state government is also likely to develop nearby heritage structures like “Kuber Tila” and “Sita Koop.”

The whole area in Ayodhya and around is witnessing a huge infrastructure development like never before. After the construction started, the rates of existing properties have skyrocketed giving much joy to the locals.