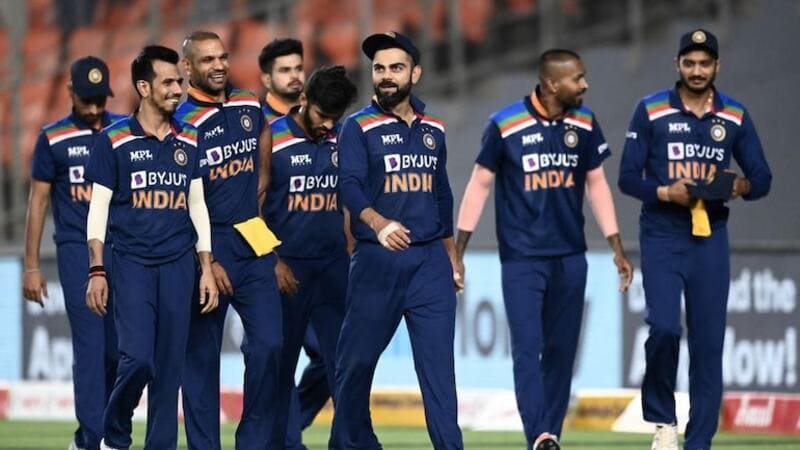 Indian hearts got broken this evening as Afghanistan lost to New Zealand by eight wickets dashing India’s hope to make it to the T20 World Cup 2021 semi-final.

With this win of New Zealand, India’s last match is just a formality. Last match of Team India is against Namibia. It will be India’s last engagement in their final Super 12 clash. The venue for the Sunday match is Dubai International Stadium in Dubai.

It was India’s only hope to get through to the Semi-Finals. Had Afghanistan defeated New Zealand, India had a chance to enter the Semis. India is favourite to beat a weak Namibia tomorrow.

After back-to-back defeats in their first two matches, India had beaten two new teams. Wins against Afghanistan and Scotland in their last two games kept their semi-final hopes alive. But it was not enough.

Its time for the Virat Kohli-led side to pack their bags after tomorrow’s match. Following which, the team will take on New Zealand in a home series.

“After a decade India failed to make it to semis in an ICC tournament. But, what hurts more is another great opportunity lost,” tweeted former India player RP Singh.

Meanwhile, memes continued to flood the Twitter. “#TeamIndia is successfully qualified for the Mumbai Airport,” tweeted one user Kenzie Dawson.

“Indian team will land on the fifth floor of Mumbai airport,” added another Tweet.

In the forthcoming series against New Zealand, Rohit Sharma will be the skipper and Rahul Dravid will be the coach.

“History will always remember that whenever #India invested on #Afghanistan, it only got disappointment in the end,” Tweeted Wajahat Kazmi.