The NSAs have also sought collective action to tackle the use of terror proxies for cross-border terrorism, terror financing and radicalisation. 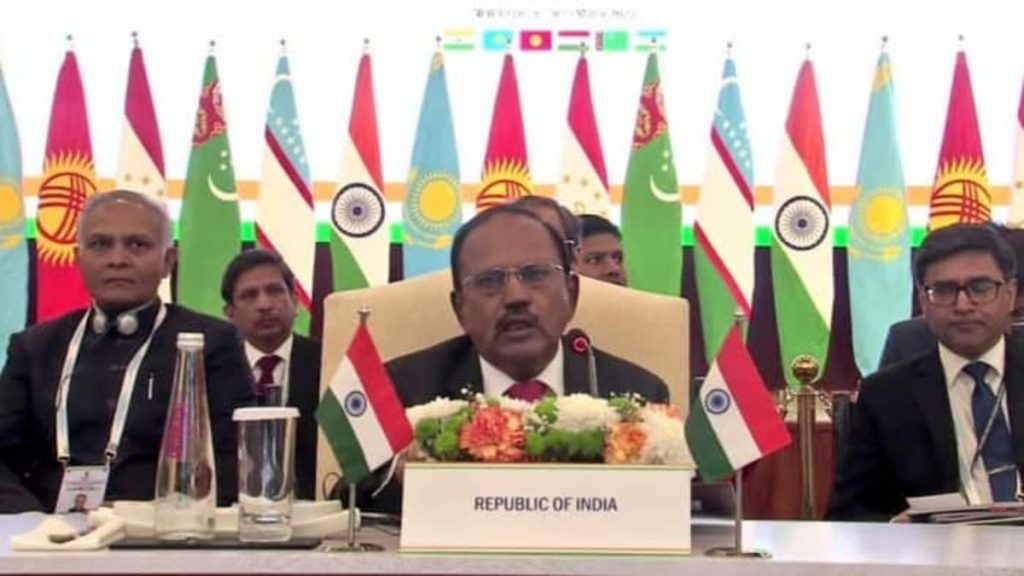 Ajit Doval made oblique remarks on China and Pakistan at the ongoing NSAs meeting. The NSAs of India and Central Asian countries issued a joint communique at their first joint meeting. India has hosted the meeting. The communique says that connectivity initiatives should be based on principles of transparency, and respect for sovereignty and territorial integrity of all nations. This is an indirect criticism of China Pakistan Economic Corridor (CPEC).

India has been holding that the CPEC runs through its territory. This territory is currently under illegal occupation of neighbouring Pakistan. The NSAs have also sought collective action to tackle the use of terror proxies for cross-border terrorism, terror financing and radicalisation. NSAs of India, Kazakhstan, the Kyrgyz Republic, Tajikistan and Uzbekistan participated in the meeting. The ambassador of Turkmenistan represented its NSA. The joint communique agreed that fundraising efforts for terror activities has serious security implications for the region.

In his address, Doval described finance as the “lifeblood” of terrorism. In an indirect swipe at Pakistan, the NSA, said countries should refrain from giving any sort of support to entities and persons involved in terror acts. He further said India is for cooperating, investing and building connectivity with Central Asian countries.

He, however, said it was important to ensure that such initiatives were consultative, transparent and participatory with respect to the sovereignty and territorial integrity of all countries. This statement is seen as directed towards China that has been accused of violating international norms while expanding its base.