Why do liberals freak out whenever PM Modi travels Overseas 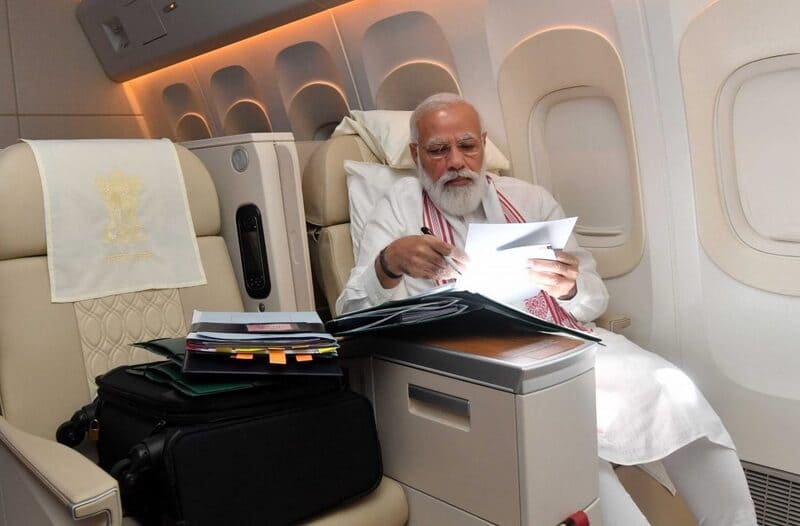 On a typical day, Indian liberals find something to criticise when Prime Minister Modi gets up, what he eats for breakfast, and what he wears. It enables people to live their lives with an odd sense of victimhood. Why does Narendra Modi act as though he is successful? How can he, to put it another way, act as though his father was wealthy?

However, whenever the Prime Minister travels abroad, something unusual appears to happen to his adversaries. For those who are perpetually on the border of sanity, this is the one thing that pushes them over the edge. Have you ever wondered why?

Complex’s roots are multi-layered. At a fundamental level, they are dissatisfied with the loss of some of the perks associated with being unelected members of India’s ruling elite. During the UPA administration, these individuals received complimentary flights on the Prime Minister’s official jet. Some of these vintage photographs are still circulating on the internet. Unelected power elites are posing bizarrely, backslapping one another, and generally having a good time at the cost of the ordinary Indian. However, if you stop to about it, it wasn’t really about the wining and dining, though I’m sure they did enjoy that as well. It was a question of exclusivity.

No more. If they choose to go to America, they must purchase a ticket, travel to the airport, clear security, and board a commercial flight. How middle class are you…

These citizens now only get to see the Indian Prime Minister board the jet when he travels abroad. When he arrives at his location, they witness the sights on television once more. Occasionally, the Prime Minister will share a photo or two taken from the aeroplane. That is all they will see, just like the rest of us. There will be no more privileged access on board, no more building contacts, and no more currying favours. The days of a journalist picking up the phone and resolving cabinet portfolio conflicts are long gone. Naturally, they are enraged.

However, there are deeper grounds for their discontent. The sight of world leaders embracing PM Modi, complete with all of the Prime Minister of India’s rights and privileges, is too much for them to stomach. It reminds them of two consecutive general elections in which they lost and failed to qualify as the official opposition. Nehru had these privileges at one point, which he then handed on to his daughter. She subsequently passed them on to her son and then to his wife, who bestowed them on a ten-year placeholder. Modi, on the other hand, now possesses all of that.

For decades, particularly during the Nehruvian era and until 1991, international travel was a status symbol. Children of power elites could never hope to succeed in India’s hypercompetitive school system. As a result, there was once a pipeline connecting prestigious boarding schools in India to institutions in Europe and America. Even today, the dynasty makes use of this pipeline. Historically, they have all failed to graduate from college in the Western world. However, the point is that they failed in the West, not at an Indian college. As one of these later prominent college dropouts’ alma mater notes on its website, they gained numerous ‘friends’ during their time at the institution. That was the goal entirely. Not education, but rather a social standing and contacts.

Where else are you likely to meet a Nobel Laureate in economics who declares that you would make an outstanding future Prime Minister of India?

However, Modi’s ascension is not due to his surname, his connections, or a failed half-hearted effort at a foreign college degree. That is why, when he travels abroad, the old elites lose their minds. Throughout the UPA’s tenure, one of their favourite refrains was that Modi couldn’t obtain a visa to the United States. That is why 65 Members of Parliament wrote to the US President pleading with him to deny Modi a visa. By the way, is there any news on that?

This takes me to one of the media liberals’ favourite refrains. Why is Prime Minister Modi not holding a press conference?

That is an excellent question. We require as much responsibility and transparency as possible from elected authorities. However, could you pinpoint precisely what makes a press conference unique? What is the purpose of a press conference? Could you attend PM Modi’s press conference tomorrow and ask him anything on your mind?

Not precisely. Because you’re unlikely to possess a press identity card, thus if you truly desire answers, you may approach a member of the media. And if they feel sorry for you, they may approach the Prime Minister! In other words, you rely on a group of individuals who regard themselves as noble.

These nobility believe they should be in positions of authority. These aristocrats feel that elected officials should be held to a higher standard of accountability. They are enraged that the Prime Minister is not sitting in a room and answering their questions. It makes no difference that the government operates a Press Information Bureau on their behalf. It is particular insufficient treatment. They require additional resources. The Prime Minister must personally appear before their court because they are superior to both the Prime Minister and the populace. Their interests are inextricably linked to the problems of the populace.

This serves as a reminder. It is the year 2021. These nobility are no longer required as a class. If you have concerns, you can voice them instantly via social media. True, there are literally over a billion individuals on the planet, and your particular concern is unlikely to be handled in this manner. If that is the case, how is holding a news conference going to solve the problem? How is it preferable if some unelected nobility are permitted to raise questions in place of you?

Finally, have you noticed Sonia Gandhi’s lack of a social media presence? Isn’t that strange? She now serves as the President of the Indian National Congress. Hundreds of thousands of people live in states controlled by her party. Shouldn’t they have an opportunity to speak directly to her? What about the residents of her own district? What about the human race as a whole? Doesn’t she want to listen to their concerns as the President of India’s biggest opposition party in order to bring them to the attention of the Central Government?

You already know the answer. You are aware that Congress cannot stomach the idea of ordinary citizens communicating directly to Sonia Gandhi, even if it’s only a passing appearance via a social media account managed by her office personnel.

This is the nature of liberal privilege. Sonia Gandhi presided over this country for ten years and never had a press conference. Likewise, nobody ever inquired. She is possibly the only politician in a modern major democracy who is not on social media, but no one notices. Our minds are conditioned to believe that Sonia Gandhi should never be called into doubt.

It was all about catering to a class of nobles, from press conferences to junkets on the Prime Minister’s personal plane. They no longer have that. They are incensed.