Who is Sameer Wankhede and why is the NCB officer being targetted? 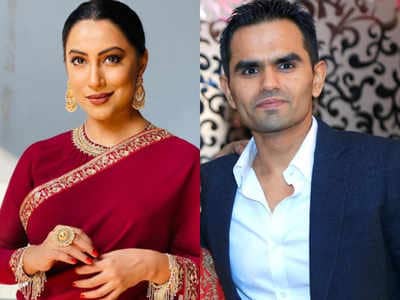 A section of media is calling him ‘Singham’. Family of Sameer Wankhede, the zonal director of the Narcotics Control Bureau, who took on the mighty Bollywood giants in drugs cases, is also being targetted.
Wankhede, who is heading the operations against narcotic drugs menace in Mumbai, is facing several threats and pressures after the NCB caught Bollywood entertainer Shahrukh Khan’s son Aryan Khan on October 3 from a cruise rave party.
Apparently, till now, this officer was all clean, but after he caught Aryan, several allegations have been levelled against him. Most of these allegations are being levelled by none other than Maharashtra minister Nawab Malik. Interestingly Malik’s own son-in-law Sameer Khan was earlier arrested by the agency and was later granted bail by the court.
As per media reports, Nationalist Congress Party (NCP) leader Nawab Malik on Thursday, accusing the NCB officer of extortion, threatened that he will continue his tirade against Wankhede until the latter is put behind bars.

Using undignified language against Sameer Wankhede, Nawab Malik has called him a “puppet” of BJP. “I challenge Wankhede that he will lose his job within one year”, said Malik. He further said, “Tell us, who your father is, the one who is putting pressure?”

Nawab Malik is not going to be scared of anyone’s father, whatever pressure you may try to put on me. I won’t stop until I put you in jail, I would like to make this clear today. – Nawab Malik on NCB officer Sameer Wankhede

Nawab alleged that Sameer Wankhede was in Maldives and Dubai with some Bollywood actors hinting at some back-door development. To give weight to his allegations, the minister even went on to post purported photos of Wankhede’s sister from Maldives.

Nawab has also alleged him of releasing those with BJP links at the time of arrest of Aryan.

Refuting all the allegations, the NCB head Wankhede has clarified that he was in Maldives on a vacation with his family after procuring permission from the government before taking the leave. He has also denied having ever visited Dubai, which was another allegation against him by Malik.

My best wishes to him. I am just an insignificant government employee where as he is a mighty minister. – Sameer Wankhede on Nawab Malik

The officer told media that personal attacks are being made on him and his family members are being dragged into the case.

Sameer, a top Indian Revenue Service (IRS) officer, came to limelight last year when the NCB interrogated several Bollywood actors for their alleged links with drugs.
He had probed actress Rhea Chakraborty’s alleged drugs conspiracy link related to actor Sushant Singh Rajput’s death.
Even when he was in customs department of Mumbai Airport, he performed his duties fearlessly and did not think twice before taking action even against big names. It was Sameer Wankhede who once caught singer Mika Singh with foreign currency.

Also, during his duty in 2011, he ensured that the World Cup trophy, which was made of gold, was released from the Mumbai airport only after paying duty.
Interstingly, this hard taskmaster also has a special Bollywood connection. He is married to famous Marathi actress Kranti Redkar, who was Ajay Devgn’s  ‘Gangajal’ film co-star.