The facts and data presented by Modi at Bengaluru tech summit is sufficient to destroy the lies peddled by Rahul Gandhi. 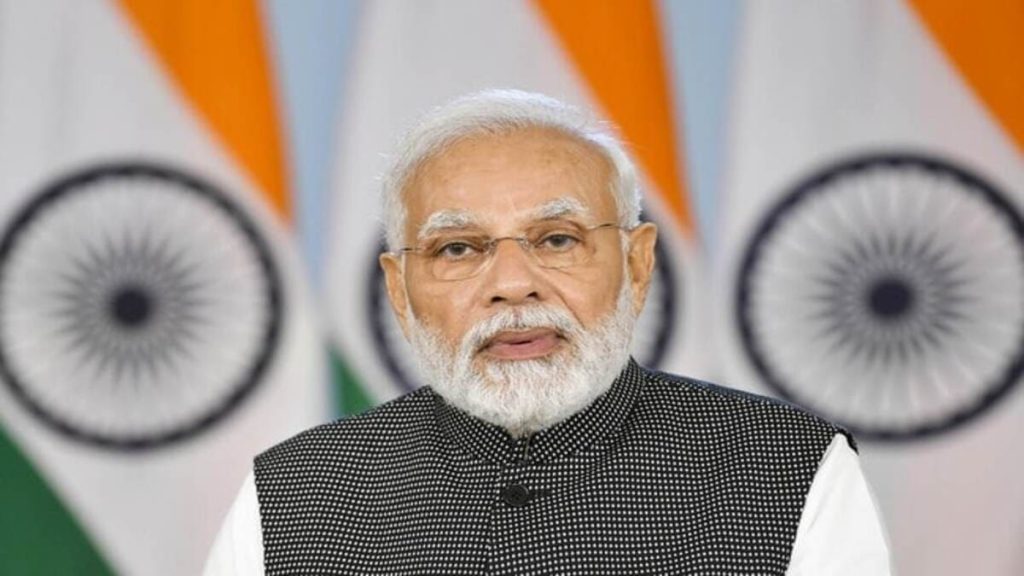 Bengaluru: PM Narendra Modi addressed Bengaluru tech summit through a video message. He highlighted the success story of India to the delegates. The contents of his message are sufficient to demolish the lies that Rahul Gandhi regularly peddles.

Congress leader Rahul Gandhi never stops accusing Prime Minister Narendra Modi of allegedly taking out money from the pocket of the common man and giving it to his crony capitalist friends.

The Gandhi scion also never stops from accusing PM Modi of clearing the way for big businessmen by smashing the small businesses and entrepreneurs through his various economic policies like demonetisation and flawed implementation of GST.

The Congress prince also relentlessly attacks Modi for Covid lockdown adversely affecting small businesses, labourers, farmers and other sections of the society, except for the few billionaires in the country who benefitted from it.

But PM Modi, speaking at the inauguration of Bengaluru Tech Summit 2022 on Wednesday, seems to have dismantled Rahul Gandhi’s lies on above mentioned issues without mentioning his name.

Addressing the gathering, PM Modi said India is using technology as a weapon in the war against poverty.

“Under the Svamitva scheme, we are using drones to map lands in rural areas. Then, government provides property cards to people. This reduces land disputes. It also helps the poor to access financial services and credit,” he said in a pre-recorded video message at the inauguration of Bengaluru Tech Summit 2022.

India led the way during Covid

Modi said India showed how technology could be a force for good when many countries were struggling due to lack of infrastructure during Covid pandemic.

“During Covid-19, many countries were struggling with a problem. They knew people needed help. They knew benefit transfers would help. But they did not have the infrastructure to benefit people. But India showed how technology could be a force for the good,” he said.

“Our Jan Dhan Aadhar Mobile Trinity gave us the power to directly transfer benefits. Benefits went directly to authenticated and verified beneficiaries. Billions of rupees reached the bank accounts of the poor,” he stated.

Modi said his government helped the pandemic-hit small businesses and street vendors by providing them access to working capital to restart businesses.

“Government gives incentives to those who start using digital payments. This is making digital transactions a way of life for them,” he said.

Modi said India has shown how to democratise technology. And give a human touch to technology. India did it when technology world saw tech as an exclusive domain of the high and mighty.

In India, technology is a force of equality and empowerment. Nothing reflects it better than world’s largest health insurance scheme Ayushman Bharat. Ayushman Bharat provides a safety net for about 600 million people. “This programme is run based on a tech platform,” he said.

“Technology has helped small businesses find a big customer. At the same time, this has reduced the scope for corruption. Similarly, technology has helped with online tendering. This has accelerated projects and boosted transparency. It has also hit a procurement value of Rs 1 trillion last year,” he said.

Also low data costs helped poor students to attend online classes during the pandemic. Without which, they would have lost two precious years, Modi said.

“India has one of the largest online repositories of open courses. There are thousands of courses available across different subjects. Over 10 million successful certifications have happened. This is all done online and free,” he said.

India’s data tariffs are among the lowest in the world, the PM said.

“The growth of the internet is faster in rural areas than in urban areas. A new demographic is accessing the information superhighway,” he said.

Modi said India’s youth have ensured tech and talent globalisation.”Healthcare, management, finance – you will find young Indians leading many domains. We are using our talent for global good. Even in India, their impact is being seen,” he said.

From ranked 81st in 2015, India has jumped to the 40th rank in the Global Innovation Index this year, Modi said.

“The number of unicorn startups in India has doubled since 2021. We are now the third largest startup hub in the world. We have over 81,000 recognised startups. There are hundreds of international companies that have R&D centres in India. This is due to India’s talent pool,” he said.

“On a shared platform, there are no silos. Take, for example, the PM Gati Shakti National Masterplan. India is investing over Rs 100 trillion in infrastructure over the next few years. The number of stakeholders in any infra project is huge. Traditionally, in India, big projects were often delayed. Exceeding expenses, and extending timelines used to be common,” he said.

“But now, we have the Gati Shakti shared platform. The central government, state governments, district administrations, different departments can coordinate. Each of these knows what the other is doing. Information relating to projects, land use and institutions are available at a single place. So, each stakeholder sees the same data. This improves coordination and solves problems even before they occur. It is accelerating approvals and clearances,” he added.

Modi said India is no more a place known for red tape, but known for red carpet for investors in terms of FDI reforms, liberalization of drone rules, steps in the semiconductor sector, production incentive schemes in various sectors, or the rise of ease of doing business.