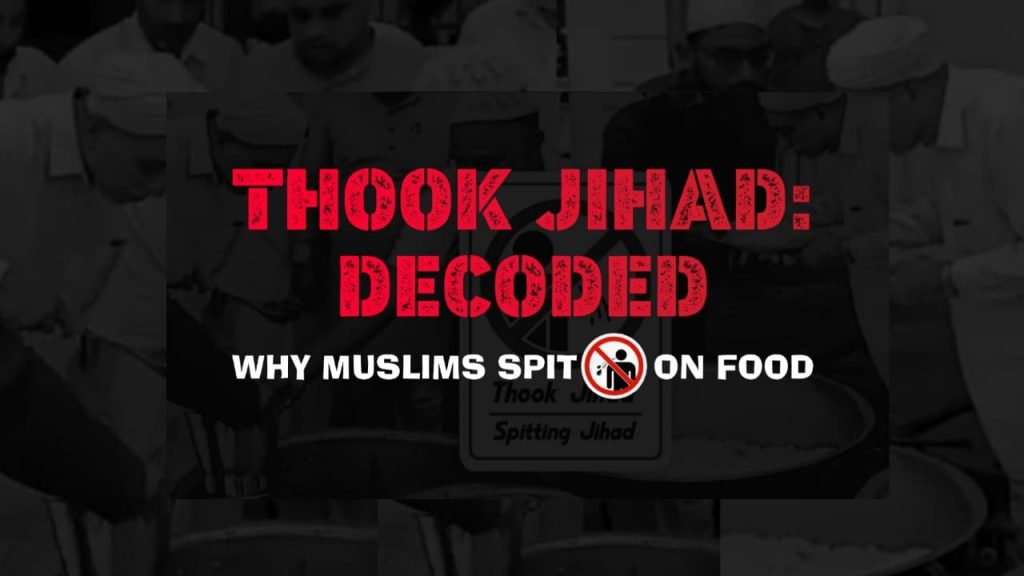 Spitting is considered a repulsive activity and unhealthy behaviour. Especially publicly. Particularly in the Post-Covid period, spit can also be a vector for the transmission of pathogens.

Moving a step further, spitting on another person is a universal expression of hatred and disrespect. It represents an intentional act of humiliating someone.

However, In Islam, spitting has a distinct connotation.

Significance of Spitting in Islam

Narrated Abu Qatada: The Prophet said, “A good dream is from Allah, and a bad or evil dream is from Satan; so if anyone of you has a bad dream of which he gets afraid, he should spit on his left side and should seek Refuge with Allah from its evil, for then it will not harm him.”

Narrated Mahmud bin Ar-Rabi’: I remember Allah’s Apostle and also the mouthful of water which he took from a bucket in our house and ejected on me.

In recent times, numerous videos showing Muslims spitting in food have come to light. They were spitting on food meant for the consumption of someone else. In many cases, Mohammedan cooks and waiters were spitting in the food they were preparing or serving. These videos have shook Hindus who consider food as a form of God.

What is Thook Jihad or Spit Jihad

Spit is called ‘Thook’ in colloquial Hindi. These disgusting videos of Mohammedans have given currency to a new term – “Thook Jihad.” Or, Spit Jihad. According to Islamic belief, spitting in food meant for Kafirs (Non-Muslims) is to bring Iman (faith) and to convert them to Islam.

Even more irrational is the belief of Muslim clergy that spitting on food in the name of ‘Allah’ makes it Halal.

Non-Muslims or Kuffar (an Islamic pejorative term for non-Muslims) are not taking it lightly. They have initiated a campaign for “spit-free” food. It is a natural response. After all, who would want to eat food laced with spit! It is a reaction to the disgusting visuals that went viral on social media platforms.

Furthermore, this isn’t the first time Muslims have been accused of spitting or putting saliva on food. The following list of such revulsive incidents is illustrative and not exhaustive.

A notable Christian social media group called ‘Soldiers of Cross’ has shared a district-wise list of Hindu-Christian-owned hotels in Kerala. The aim is to provide option of Thook (spit and mucus) free, hygienic foodstuff throughout the region. Such lists are gaining widespread circulation via WhatsApp, Facebook, and other social networking sites.