Targeted killings in Punjab, second within a week

I strongly urge Punjab CM to start focusing on law & order of state before we transcend towards the dark era of 80's: Captain 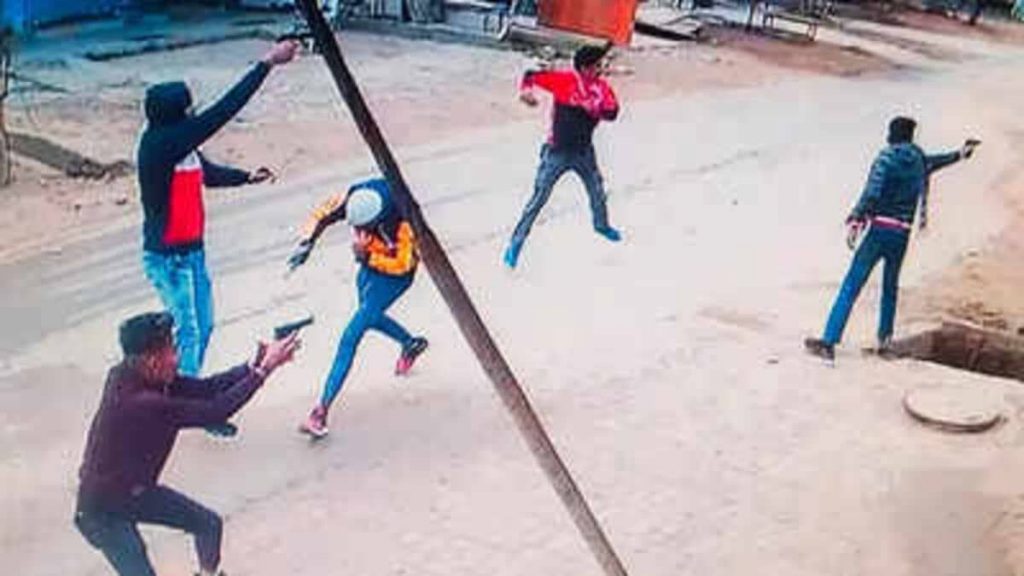 Unabated targeted killings in Punjab continue. General public is feeling scared due to the deteriorating law and order situation.

In second such shocking incident in a week, criminals have killed a person in Kotkapura. Five motorcycle-borne assailants shot at the victim named Pardeep Singh. Incidentally, Pardeep Singh was under protection of Punjab Police. The incident took place at a Kotkapura shop in Faridkot district on Thursday morning. Pardeep was accused of sacrilege in the 2015 Bargari incident.

Pardeep Singh was a follower of Sirsa-based Dera Sacha Sauda. He is the seventh dera follower to become victim of targeted killings in Punjab. All these dera followers have been killed since the alleged sacrilege incidents of 2015 in Faridkot district.

Only five days ago criminals had killed Shiv Sena leader Sudhir Suri in broad daylight. The assailants had fired multiple bullets on Suri during a protest in a busy Amritsar market. He too was under the cover of the Punjab Police security.

Though chief minister Bhagwant Mann and DGP Gaurav Yadav have been appealing for maintaining communal harmony, but the prevailing law and order condition is raising several questions on the new political leadership of the Aam Aadmi Party (AAP).

The DGP tweeted, “The situation is under control and I urge people to maintain peace and harmony in the state. Punjab Police is doing proper investigation. Request citizens not to panic or spread fake news or any hate speeches.”

Canada-based gangster Goldy Brar has claimed the murder of Padeep. Goldy belongs to the infamous Lawrence Bishnoi gang. The gang had earlier taken responsibility for the killing of Punjabi singer Sidhu Moose Wala in May. Brar claimed the responsibility through a social media post.

According to the police, Pardeep died on the spot. His gunman and a shopkeeper sustained bullet injuries in the attack. Both of them are undergoing treatment at Guru Gobind Singh Medical College and Hospital in Faridkot. The police said they are investigating to identify the five shooters. Due to the threats, three gunmen were provided to Pardeep, but only one was with him at the time of the attack.

The CCTV footage shows two-bike borne five assailants reach outside Pardeep’s shop. Two of them barged into the shop, while three waited outside. After firing on Pardeep and his gunman, the two shooters rushed out. The three others waiting outside also fired shots. All of them ran away after the crime.

Pardeep was presently out on a bail in two sacrilege cases. One is related to stealing of ‘bir’ of Guru Granth Sahib from Burj Jawahar Singh Wala village on June 1, 2015. And the other is about torn pages of a ‘bir’. People had pages scattered near Bargari gurdwara on October 12, 2015.

Former CM Amarinder Singh has criticised the targeted killings in Punjab. Attacking the state government, Captain Amarinder Singh, tweeted, “Daily murders, Daylight Firing, Pb is sadly heading towards total lawlessness & the inexperienced @BhagwantMann led govt has been able to do nothing to stop all this. I strongly urge him to start focusing on law & order of state before we transcend towards the dark era of 80’s.”

While the Punjab Police failed to arrest the accused, the Delhi Police arrested three persons, including two juveniles, from Patiala district early on Friday in connection with the sensational killing. Following intelligence inputs, the cops arrested the accused during a raid.