Tahir Hussain kept on calling police control room repeatedly when his men were pelting stones and sharp objects on Hindus. He kept claiming to police that he was being attacked by rioters. 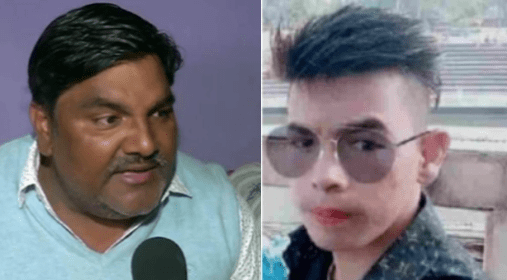 New Delhi: A group of Muslims including AAP Councillor Tahir Hussain orchestrated 2020 Delhi riots. Their clear-cut objective was to harm Hindus in every possible manner. A Delhi court has confirmed this while framing charges against the accused. The anti Hindu Delhi riots took were orchestrated in January, 2020.

The court also took note of the submissions made by an eyewitness of Delhi riots. He stated that Liaqat joined a mob of Muslim men shouting Allahu Akbar. Then he started pelting stones at a crowd, and accused Riyasat fired at them with a pistol. These acts are amply clear in video clips, proving beyond doubts that Hussain was actively participating in rioting. The persons present on his terrace were pelting stones at adjoining properties on the road.

The court rejected Hussain’s contention that he was not pelting stones as he himself was a victim. He claimed that he was throwing water to douse the fire during Delhi riots. Earlier, Hussain had confessed to the police that he chose his under-construction house as a launch-pad for Delhi riots. He confessed that nobody could suspect the purpose of bricks and stones stored there.

He also confessed that they had stockpiled the stones, bricks and ammunition ahead of the Delhi riots. Their objective was to teach a lesson to those who supported CAA. To that end, Hussain got his pistol license from the police station.

Earlier in October, the court had framed charges against Hussain, his brother Shah Alam, and four other accused in connection with the anti Hindu Delhi riots that took place in North-East Delhi in 2020. The court also held all the accused liable to be tried for hatching a criminal conspiracy to indulge in riots and to harm the properties of Hindus, assaulting persons from the Hindu community, who were present in that building.