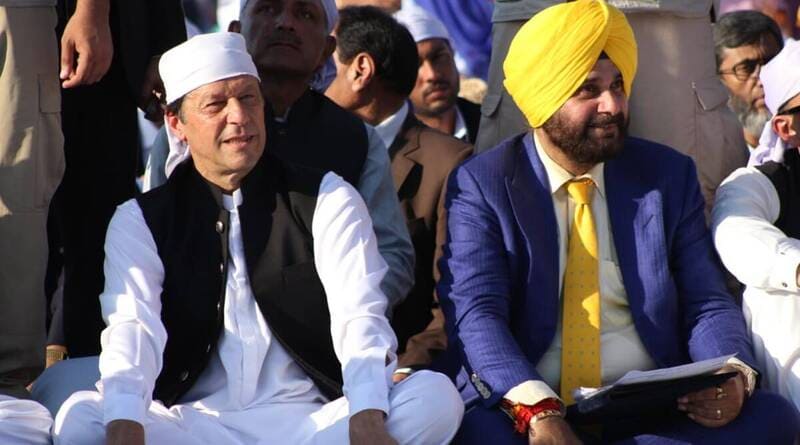 The anger is justified. Pakistan is the country responsible for terrorists infiltrating into India to kill innocent people. The Islamic country is sending arms via drones. Also, it is supplying illegal drugs to spoil the future of our youth.

The Punjab Congress chief called Imran Khan as his “elder brother” during a trip to Kartarpur Sahib. He was heard saying so in a video while meeting the officials of that country.
In this viral video, he is heard saying Imran Khan is like a “bada bhai” to him. Sidhu is seen saying that he loves Imran Khan a lot.

Nothing new for Sidhu

Sidhu is not a stranger to such controversies. In 2018, he had visited Pakistan for Imran Khan’s oath-taking ceremony. This visit was against the wishes of the then Punjab Chief Minister Amarinder Singh. During this visit, Navjot Sidhu created a controversy by hugging Pakistan Army General Qamar Javed Bajwa.

Faces all round criticism

His fresh statement has again disappointed people. His own party’s senior leader Manish Tewari, said, “@ImranKhanPTI may be anybody’s elder brother but for India he is that cat’s paw of  Pak Deep State ISI-Military combine that drones arms & narcotics into Punjab & sends terrorists on a daily basis across LOC in J&K. Have we forgotten martyrdom of our soldiers in Poonch so soon ?”

Former India cricketer and BJP MP Gautam Gambhir, has questioned Sidhu’s loyalty. He tweeted, “Send ur son or daughter to the border & then call a terrorist state head ur big brother! #Disgusting #Spineless.”