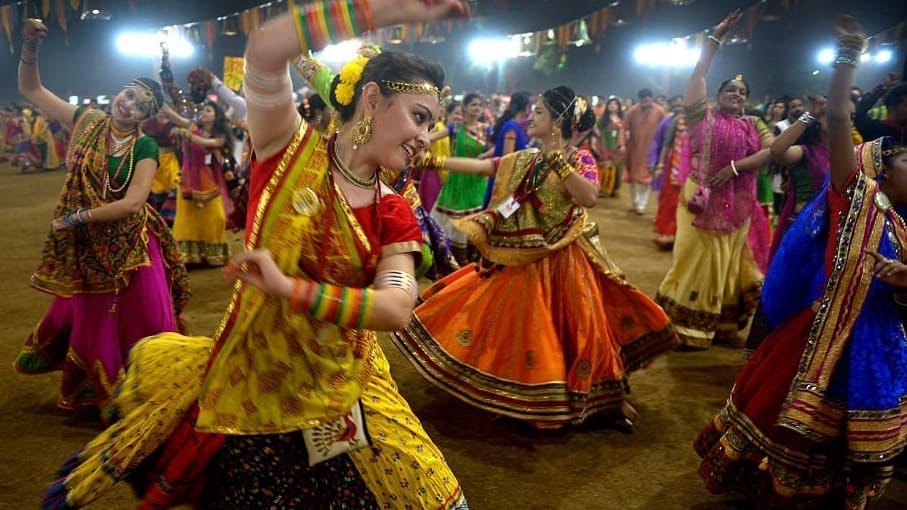 Of late, not a single Hindu festival goes without disruptions and lawlessness, committed by the non-Hindus. And as usual, the “liberals” deliberately choose to bury their heads in sand.

In the past few days, several incidents have been reported of Muslim men gatecrashing Garba venues. They have been passing inappropriate comments on Hindu girls and hiding their identities. The problem is more rampant across northern and western parts of India.

I do not wish to give details of these incidents here. You Google it and you can find them published in various websites.

The question is – should Hindus allow Muslims to attend Garba dance? To this, I have a counter question: Isn’t it a sin for a devout Muslim to participate in Garba dance?

You ask devout or scholarly Muslims, they would give a positive reply. Probably they may also justify it by quoting their revered book, The Quran.

I do not have any problems if the Muslims attend Garba dance or any other Hindu festival. The issue is not of secularism, but reverence and belief.
Do Muslims revere and believe in the divinity of Hindu Gods and Goddesses? Bear in mind that Islamic tenets expressly prohibit idolatry. Not only that, Islamic doctrine loathes worship of feminine deities and terms them demonic?

I do not have any problem with the Muslims prohibiting my entrance into Mecca or Medina. Because I neither revere nor believe in Islam and its monotheistic tenets.

Meanwhile, the insistence of alleged journalist Arfa Khanum to allow Muslim men in Garba dance has nothing to do with reverence of Maa Durga, but to weaken the spirit of self-defence of the Hindus.

Arfa must recall what she had said on the issue of worshipping of feminine deity. She had raised a stink arguing that the concept of polytheism should not be forced upon One-God believing Muslims by making them chant “Bharat Mata Ki Jai”.

Therefore, Arfa and her ilk do not have any moral right to seek right for Muslim men to participate in Garba dance. Garba is a celebration of the feminine deity – Maa Durga more revered than Bharat Mata.

Garba dance also is a celebration of the concept of rebirth. The dance performance in circles depicts the cycle of life, from birth to death to rebirth. As a philosophy, it is opposed to Islam’s concept of permanent heaven and hell after a single life.

A question then arises why do the masquerading Muslims want to participate in the Garba dance? Is it for Love Jihad?