Apex court was hearing a petition filed by Advocate Ashwini Upadhyay. He argued that forced conversions are a national threat. 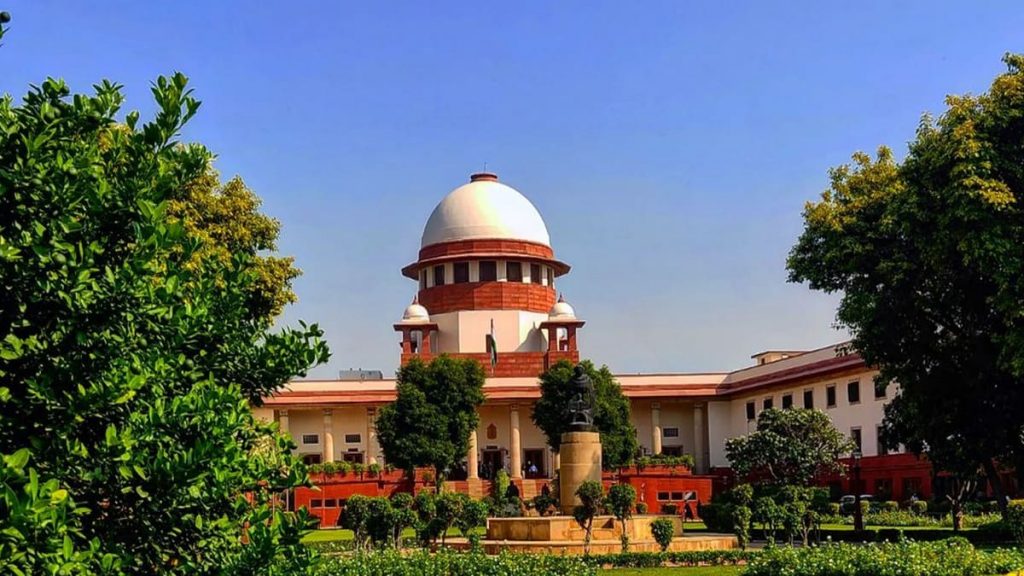 New Delhi: Supreme Court has taken cognisance of the menace of forced conversions in the country. Forced religious conversions are an imminent danger to national security as observed by SC. Supreme Court on Monday directed the central government to step in and make sincere efforts to check the heinous practice.

A bench of Justices MR Shah and Hima Kohli was hearing a petition on forced conversions. The bench asked Solicitor General Tushar Mehta to enumerate measures to curb the practice through deception, allurement and intimidation.

“The issue with respect to the alleged conversion of religion, if it is found to be correct and true, is a very serious issue which may ultimately affect the security of the nation as well as the freedom of religion and conscience of the citizens.

“Therefore, it is better that the Union government may make their stand clear and file counters on what steps can be taken by Union and/or others to curb such forced conversion, maybe by force, allurement or fraudulent means,” the bench said in its order.

Mehta submitted that forced religious conversions are rampant in tribal areas. SG conceded that tribals are not even aware of the deception. He said that many of them are unaware that such forceful conversions are a criminal offence.

Preventing forced conversions should be a priority

The apex court was hearing a plea filed by advocate Ashwini Kumar Upadhyay. Ashwini was seeking directions to the central and state governments to take strict measures to check forced religious conversions. Forced conversions should include conversions by “intimidation, threatening, deceivingly luring through gifts, and monetary benefits.”

Upadhyay argued that we should give priority to forced conversions as it is a nationwide problem. “Not a single district in the country is free of forced religious conversion. The injury caused to the citizens due to this fraud is extremely large,” he submitted.

Such incidents are taking place every week across the country. But, the central and state governments have not taken stringent steps to stop this menace, Upadhyay said.

The plea has also sought directions to the Law Commission of India to prepare a report on forced conversions. Law Commission should draft a bill to control religious conversions by intimidation, monetary benefits and even through black magic.

The apex court has granted time till November 22 to the central government to file its response on the issue. The bench has posted the matter for hearing on November 28.