Punjab police files F.I.R. against the person lynched to death, No case against murderers 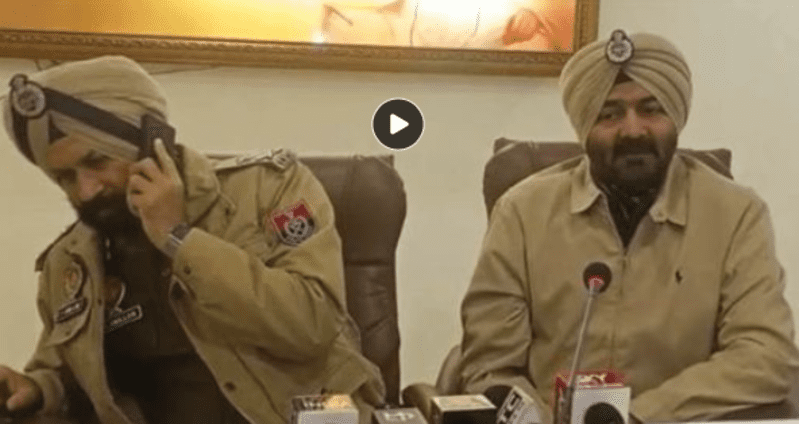 A mob lynched an unidentified man in Nizampur village of Kapurthala district in Punjab. The incident took place on Sunday. A video had gone viral on social media in which some Sikhs were beating a youth. The killers had tied the hands and feet of the youth while beating him. They were alleging sacrilege of “Nishan Sahib” by the victim, at the local Gurudwara.

According to a report by a leading Hindi newspaper, police has taken a U-turn on the case. Inspector General of Police Gurinder Singh Dhillon and Senior Superintendent of Police, H.P.S. Khakh had conducted a press conference. In the presser, they confirmed that an F.I.R. numbered 306 has been registered against the perpetrators. But, during the conference, the two cops attended 8 phone calls. The officials backtracked from their claims of F.I.R. 306 immediately after the calls.

Earlier in the press conference, they had admitted that police has filed F.I.R. number 305 against the deceased person under section 295A. And, they have also registered F.I.R. number 306 against 4 known and 100 unknown persons. Within a span of 45 minutes, they denied the existence of F.I.R. 306. The cops refused to name the 4 known persons stating that it was a “sensitive” case.

No evidence of sacrilege: police

The police has stated that there was no evidence of any sacrilege. Apparently, the youth was a small time thief. The police officials have stated that the deceased was wearing a jacket belonging to persons living in Gurdwara premises. It seems he had entered the Gurudwara to steal something.

Kapurthala SSP Dhillon said that the holy book of Sikhs was on the top floor while the victim had entered the ground floor. The Sevadars of the Gurudwara live on ground floor and the victim was wearing jacket of one of the Sevadars. Apparently, he had come to steal a jacket.

Co-incidentally, in the case of alleged sacrilege in Amritsar on December 18 also, case, police have filed case against the dead victim. Whether the victims will get justice, only time will tell.