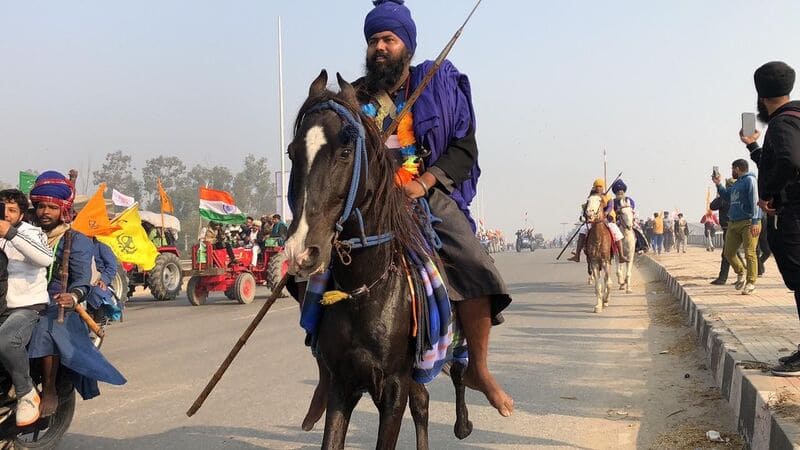 Punjab Government seems desperate to show support to the ongoing “farmers” protest. Of course, ahead of the assembly elections. In a brazen move, the Channi government has announced Rs 2 lakh compensation to 83 persons.

Delhi Police had arrested these 83 persons for their shameless criminal behaviour. But Congress government of Punjab has rewarded them for “carrying out a tractor rally in the national capital on January 26, 2021.”

Punjab Chief Minister Charanjit Singh Channi, Tweeted, “Reiterating My Govt’s stand to support the ongoing #FarmersProtest against three black farm laws, We have decided to give Rs 2 lakh compensation to 83 people arrested by Delhi Police for carrying out a tractor rally in the national capital on 26th January, 2021.”

The event had triggered a massive outrage all over India. Actions of the unruly ‘protesters’ incensed the citizens. They attacked Delhi cops. Protesters had mercilessly beaten policemen with sticks. They had also used tractors in an attempt to hit cops.

The memories of those appalling scenes is still fresh. The so called farmers broke barricades, damaged public property and stormed into the Red Fort while attacking the cops.
An unruly mob, consisting of Sikhs and turbaned men removed the national flag from the red-fort. And, after this shameful act, they hoisted a semi-religious flag in place of the tricolour. The shameful act had made the whole country angry on the R Day.

However, in the poll-bound Punjab, Congress is ignoring these gruesome facts. Government is awarding the perpetrators of these ghastly crimes from the tax payers money.

Understandably, many people flooded Channi’s announcement on Twitter with criticism. “Have you ever thought of the common Man getting suffered due to all this Farmer protest which is Political driven?  There is huge Stables burning in your state what are plans to control same,” Tweeted Himanshu Dave.

Nation First Tweeter handle tweeted, “Is he paying these Rs 166 lakh from his Own Salary? Stop wasting Tax Payers money! They were not arrested for carrying out tractor rally. They were arrested for creating nuisance at national capital on a national holiday, for damaging Red Fort & doing violence with Policemen.”

Ankush Kumar, added, “It is encouraging the law and order problem. If Police of an Indian state has arrested someone, let the judicial inquiry take place. If Punjab police  arrest someone and other states start awarding him, how will you feel? Fight in the courts, you should respect the legal process.”

Amother Tweeter user, said, “Shameless….it’s clear to whom Congress’s and his CM is standing. Decision against BSF area shows the clear intention to keep national security on high risk. And resolution to reject farm bills shows his immaturity. As farmers are only in punjab and not in whole nation.”